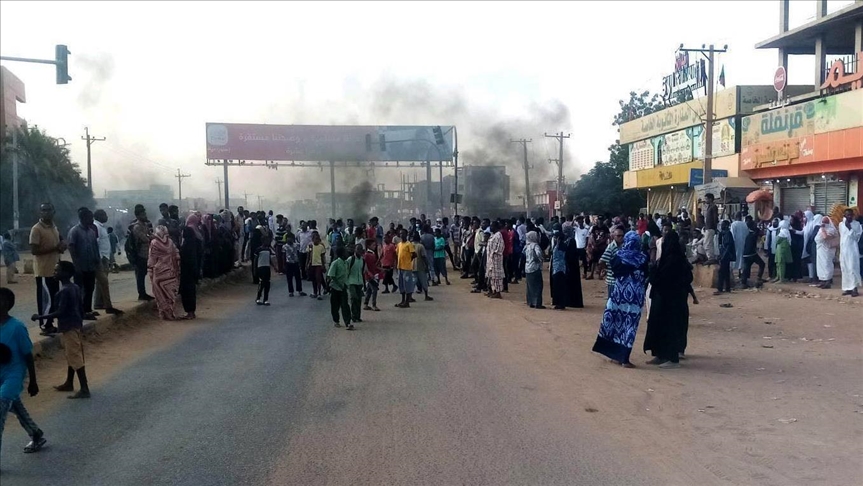 The Ministry of Culture and Information’s official account said a military force arrested Prime Minister Abdalla Hamdok after he refused to support what it described as a "coup".

Sudanese officials, who declined to be named, confirmed earlier that military forces surrounded Hamdok’s residence and placed him under house arrest.

While there was no comment from the Sudanese army on the development, the ministry said Hamdok was taken to an unknown location.

According to local media outlets, Industry Minister Ibrahim al-Sheikh and Information Minister Hamza Balloul are among the arrested ministers.

The Sudanese Professionals Association (SPA) has called for protests against what it described as a "military coup against the civilian government."

The Sudanese foreign minister, for her part, rejected the military takeover of the government and vowed to resist "the coup with all civilian means."

She noted that there were no contacts between government ministers given "the communication cuts and the closure of bridges."

Political parties in the North African nation, including Arab Socialist Ba'ath Party and Sudanese Communist Party, called for civil disobedience in protest of the "coup."

In a press release, they urged people to resist attempts by the army to seize power.

Eyewitnesses said there were protests in some neighborhoods of Khartoum against the "coup."

According to an Anadolu Agency reporter on the ground, electricity and internet have been cut across large areas of Khartoum.

After a failed military coup last month, deep tensions between the military and civilian administration erupted in Sudan.

On Friday, thousands of pro-military supporters organized a protest against Hamdok's transitional government in Khartoum, further escalating political tensions between the civilian administration and the army.

The protest came a day after thousands of pro-civilian government supporters held protests across the country, while pro-military protestors had been holding a sit-in outside the presidential palace for the last seven days.