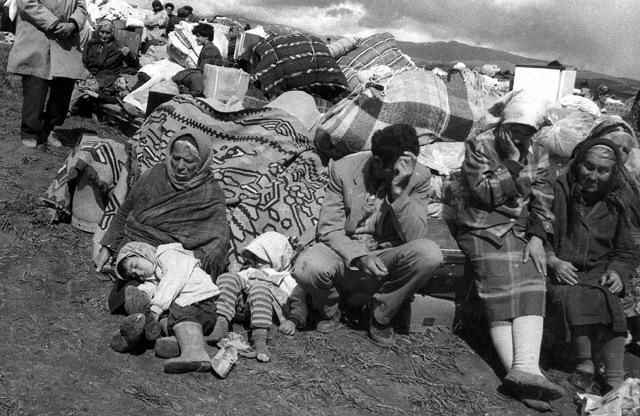 The vast majority of our compatriots displaced from their native lands on the territory of present-day Armenia at various times died longing for their homes. About 250,000 of the Azerbaijanis, who were subjected to deportation in 1988-1991, are still longing for their homes and native lands. Those people are deprived of their fundamental rights – the right to live in the lands of their birth and to visit the graves of their relatives.

The rich cultural and historical heritage preserved by Western Azerbaijanis for centuries is subjected to systematic destruction by Armenia or is being portrayed as the heritage of third countries. Representatives of the Western Azerbaijani Community have repeatedly voiced the necessity of safeguarding the cultural heritage belonging to Azerbaijanis on the territory of Armenia but international organizations, especially UNESCO, did not respond adequately to this issue, which is a source of concern for millions of Azerbaijanis.

Unfortunately, over the past 30 years, most of the cemeteries belonging to Azerbaijanis have been destroyed and graves desecrated. We call on the world community and relevant international organizations to put pressure on Armenia and deploy fact-finding missions to prevent the complete destruction of the material and cultural heritage of Azerbaijanis on the territory of Armenia.

The process of reintegration of the residents of Armenian origin living in Azerbaijan’s Karabakh region into Azerbaijani society has raised hopes of the Azerbaijanis subjected to ethnic cleansing in Armenia to return to their native lands.

As the Western Azerbaijani Community, we once again state that we are ready for peaceful coexistence in our native lands in Armenia.”