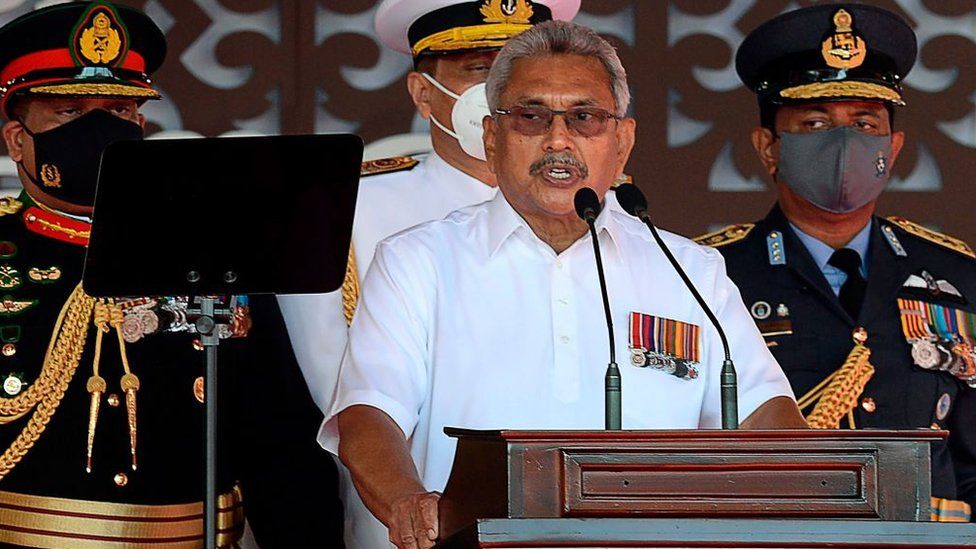 Demonstrators are still occupying the presidential palace and prime ministerial residence and have refused to leave until the leaders step down.

The parliament speaker said on Saturday the president would resign on 13 July.

But many protesters were strongly sceptical of the announcement.

On Monday, Prime Minister Ranil Wickremesinghe's office said in a statement it had been officially informed by Mr Rajapaksa that he would step down on Wednesday. However, there has been no direct word from Mr Rajapaksa.

Under Sri Lanka's constitution, his resignation can only formally be accepted when he resigns by letter to the parliament speaker - which has yet to happen.