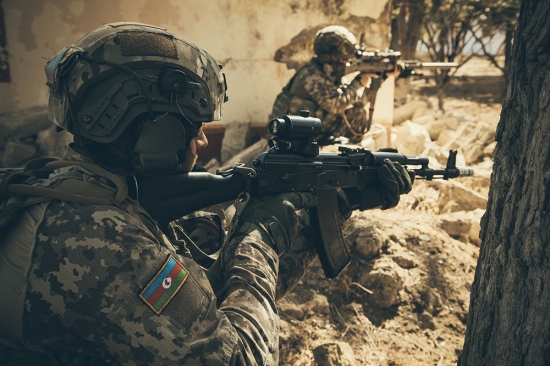 Special forces units of the Azerbaijani Army held tactical-special exercises in accordance with the combat training plan for 2020, approved by the country’s defense minister.

During the exercises, the military personnel worked out actions to organize an ambush in the depths of the defense of the imaginary enemy and, at a time suitable for the assault, seized his command post and military facility, the Defense Ministry reported Thursday.

Particular attention was paid to the organization of covert movement and the destruction of sabotage-reconnaissance groups of the imaginary enemy.

Then the Special Forces have demonstrated exhibition performance with elements of hand-to-hand fighting.