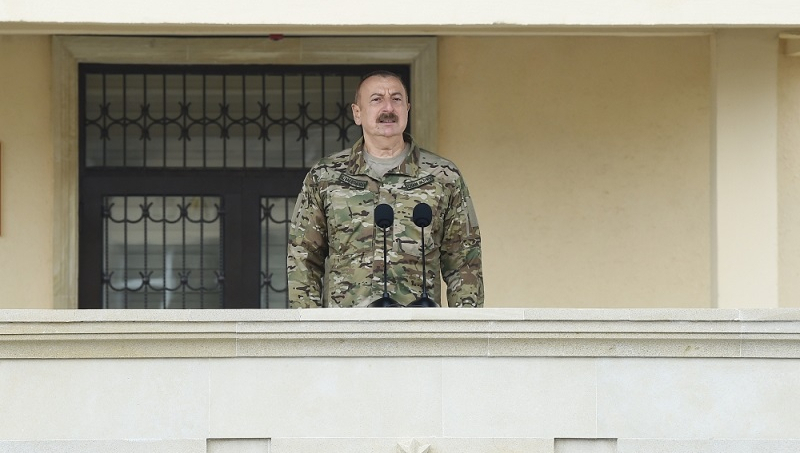 Special forces have played a tremendous role in achieving Azerbaijan’s historic victory in the Patriotic War, said President Ilham Aliyev as he addressed the personnel of the Special Forces’ military unit on Saturday, News.Az reports.

The head of state recalled that twenty-three years ago, by a decree of great leader Heydar Aliyev, Special Forces were established in Azerbaijan. “By signing that decree, the great leader once again showed great foresight. The establishment of Special Forces justified itself in our historic victory in the second Karabakh war.”

President Aliyev noted that in 1999, the situation was different.

“Hopes for a peaceful settlement of the Armenia-Azerbaijan Nagorno-Karabakh conflict had not yet been dashed. However, on the basis of Heydar Aliyev's decision, a special military unit was established in Azerbaijan’s Armed Forces, and since then special forces have played a tremendous role in achieving our historic victory, having covered a great and glorious road and showing unparalleled heroism in the Patriotic War,” he said.

“The reasons for our defeat in the first Karabakh war are clear. At that time, there was no regular army in Azerbaijan. No army building was carried out and the country's leadership was unable to fulfill its duties. The occupation of Shusha and Lachin in May 1992 and the occupation of Kalbajar in April 1993 established a geographical link between Nagorno-Karabakh and Armenia. Thus, the occupation of our lands, unfortunately, became a reality,” the head of state added.