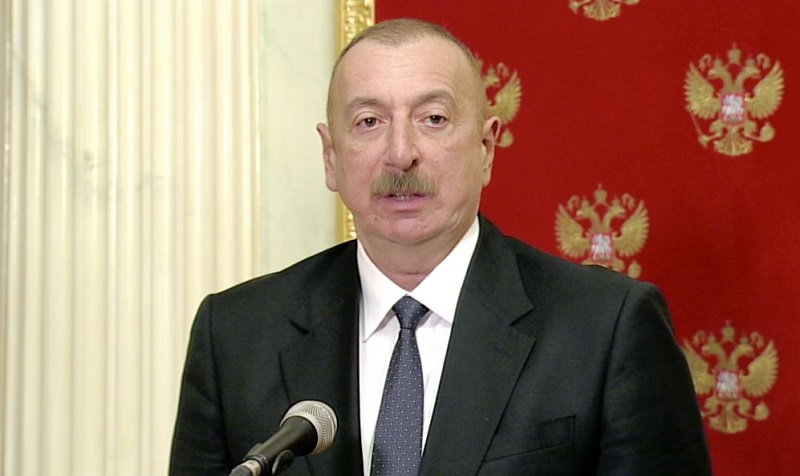 The statement signed today testifies to our intentions because one of the clauses of the statement on the results of the cessation of hostilities dealt with the restoration of transport communications. This area can impart great dynamism to the development of the region and strengthen security, Azerbaijani President Ilham Aliyev said making press statements together with Russian President Vladimir Putin and Armenian Prime Minister Nikol Pashinyan.

“The opening of transport communications is in the interests of the peoples of Azerbaijan, Armenia, Russia, and our neighbors. I am confident that neighboring countries will also extensively join the creation of a diversified network of transport corridors and arteries in our region. We must continue to try to find areas of activity that are effective and result-oriented in the short term,” the Azerbaijani president said.

“In general, I would like to say that the joint statement of 9 November, or 10 November as per Azerbaijani time, is being successfully implemented. Most of the provisions of this Statement have been implemented. The Russian peacekeeping mission is doing its job effectively and there has been no serious cause for concern over the past two months, except for minor incidents. All this gives us confidence that, as Vladimir Vladimirovich said, the Nagorno-Karabakh conflict has been consigned to history and we must think about the future, how to live together as neighbors, how to work to open transport arteries and strengthen regional stability and security,” the head of state said.