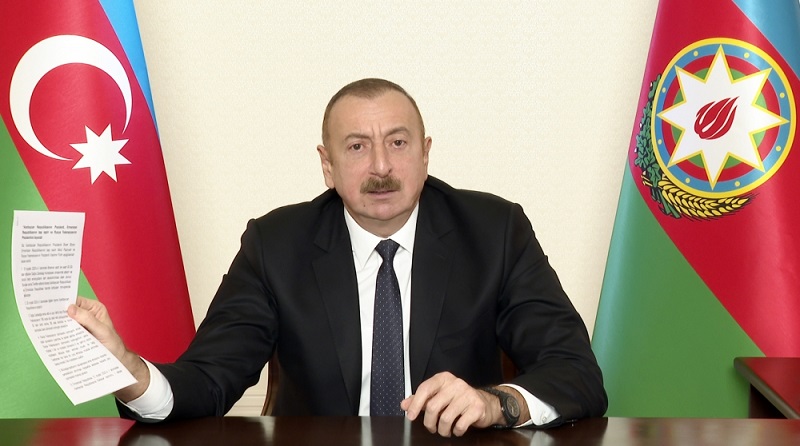 “If someone wants to interfere with the statement signed on 10 November, they will be faced with our tough position. There are such attempts. They pursue one goal – to violate this agreement because it is very annoying for some due to a new security format emerging here. The statement reaffirms the establishment of a joint Turkish-Russian center. At the same time, some are annoyed by the security measures adopted here and the implementation of the provisions of the statement. However, no-one will be able to interfere in our affairs and the agreement reached. It is being fulfilled and must be fulfilled,” said President Ilham Aliyev as he addressed the nation.

The head of state said: “We have created a new reality, won a victory, crushed the enemy, driven it out of our lands. Thus, we have created a new reality. Everyone will have to accept it, will have to come to terms with this reality, just as Armenia has done. There is Pashinyan's signature under this Statement. He did sign it. He was forced to sign it. In essence, he signed an act of capitulation. Armenia either had to be completely destroyed or sign it. What do others care about that? Let everyone mind their own business.”