President Ilham Aliyev: I believe that every human life is priceless, our losses are minimal 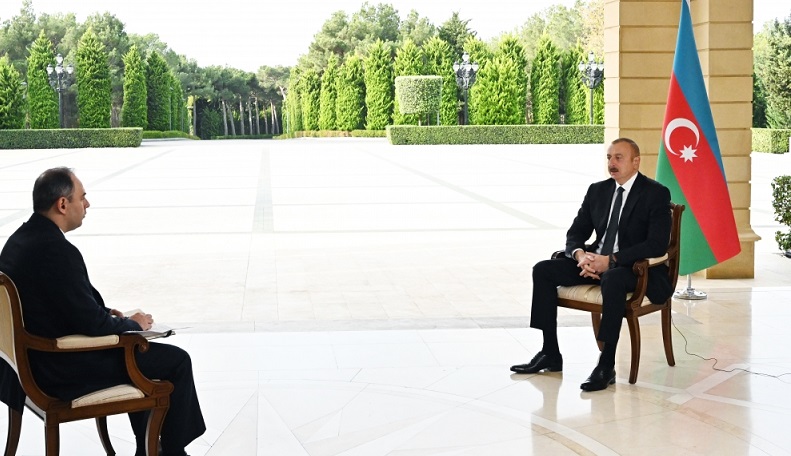 I said that we would publish the number of killed servicemen after the war is over. As for civilians, we are making data public. I told you about 69 people killed and more than 300 wounded, President of the Republic of Azerbaijan Ilham Aliyev said in interview to Russian Interfax agency.

"As for the losses, I can say what losses Armenia could have according to our estimates. Just look, simple arithmetic, 256 tanks were destroyed as of yesterday, the figure is growing day to day, just multiply it by – how many crewmembers there are, three or four – this is almost 1,000. Next, over 50 infantry fighting vehicles were destroyed, it is roughly clear how many people are there. Hundreds of artillery guns, and each of them has several people, six S-300 systems, about 40 OSA air defense systems, the TOR, KUB, KRUG systems, more than 400 trucks – and the majority of them carried personnel and ammunition when they were destroyed. If we just calculate these figures... And how many people were killed in trenches? We were in those trenches, the contact lines – the footage is on the Internet. So according to our information, 5,000 Armenian troops may have been killed, and the number of wounded during war, as a rule, is two to three times higher," the head of state said.

"As for our losses, I have said we will make them public after the fighting is over. But I have to say that they are a lot less, and bearing in mind the nature of the combat clashes, the difficult terrain, and the fortifications that the Armenians have built for 30 years, I believe that every human life is priceless, but our losses are minimal, bearing in mind all these factors," Azerbaijani president noted.