President Ilham Aliyev: Azerbaijan will work on its liberated lands with companies from friendly countries 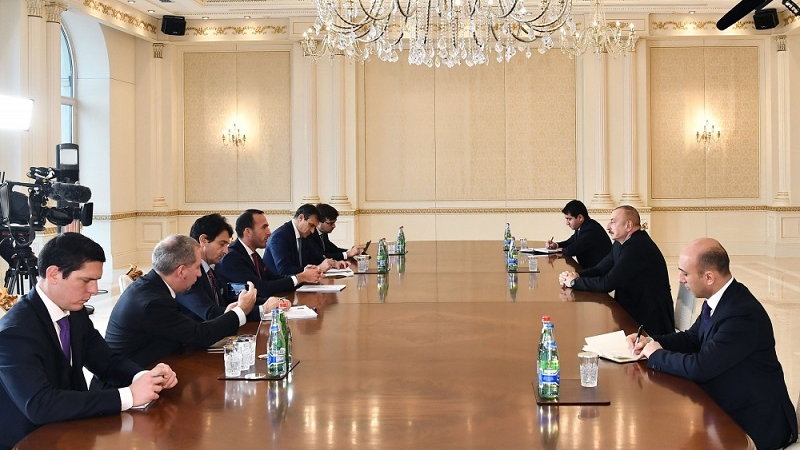 “We want to take advantage of the excellent political relations between our countries to address the issues of economic cooperation and involvement of more Italian companies into the activity in Azerbaijan in traditional areas, and also with respect to our big plans to restore the destroyed cities of Azerbaijan,” President of Azerbaijan Ilham Aliyev said.

The head of state made the remarks Wednesday during a meeting with a delegation led by Undersecretary of State for the Ministry of Foreign Affairs and International Cooperation of the Italian Republic, co-chair of the Joint Intergovernmental Commission on Economic Cooperation between the Republic of Azerbaijan and the Italian Republic Manlio Di Stefano.

President Ilham Aliyev pointed out that the villages and cities in Karabakh were barbarically destroyed by Armenians.

According to the president, Azerbaijan has already made the first steps in the area of reconstruction.

“First contracts have already been signed and as I said, we will work on the liberated lands with companies from friendly countries. The first contracts were signed with Turkish companies. This is natural, because Turkey is our brotherly country,” he said.

The head of state expressed hope that such contracts will further be signed with Italian companies.

“I hope that the next contracts will be signed with Italian companies, and that will be also natural, because Italy is a very close friend to Azerbaijan. During long time of our diplomatic relations, and especially during the war, we felt your position and the fact that your parliamentarians visit Azerbaijan less than in one month after the war stopped, demonstrates our strong, friendly relations. And we highly value this gesture of solidarity, gesture of support,” he added.