President Ilham Aliyev: All martyr families will be provided with apartments and houses by the state 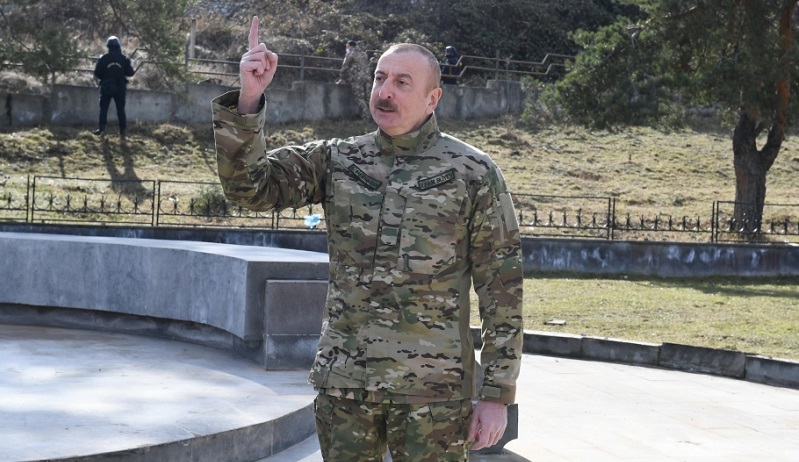 “This war will live forever in our history. We won this war at the expense of the lives and blood of our martyrs, at the expense of the bravery of our servicemen. May God have mercy on all our martyrs! May God grant patience to their relatives! All martyr families are being taken care of by the state. All martyr families will be provided with apartments and houses by the state,” said President of Azerbaijan, Victorious Commander-in-Chief Ilham Aliyev as he met with servicemen in the city of Shusha.

The head of state said: “Instructions have already been issued this year. The allowance for the families of martyrs has been increased from 300 to 500 manats, and these families will always be in the spotlight. The state has already provided apartments to the families of 9,000 martyrs killed in the First Karabakh War. Our wounded servicemen are being taken care of by the state. The issue of rehabilitation of disabled servicemen and providing them with modern prosthetic appliances will be resolved. I have awarded high orders and medals to thousands of servicemen who showed heroism in the war. The Order of the Patriotic War is the highest military order of Azerbaijan. The “Victory” Order, the “Karabakh” Order. I suggested the names of all these orders myself. The servicemen who distinguished themselves in the liberation of our settlements and cities were awarded medals bearing the names of these districts.”

“Our army successfully liberated Jabrayil, Fuzuli and Khojavand districts, Sugovushan and Hadrut settlements, Murovdag range, the southern part of Lachin district, Gubadli, Zangilan districts and the city of Shusha on 8 November. On 9 November, the enemy surrendered, threw in the towel, was put on its knees and conceded defeat,” President Ilham Aliyev added.