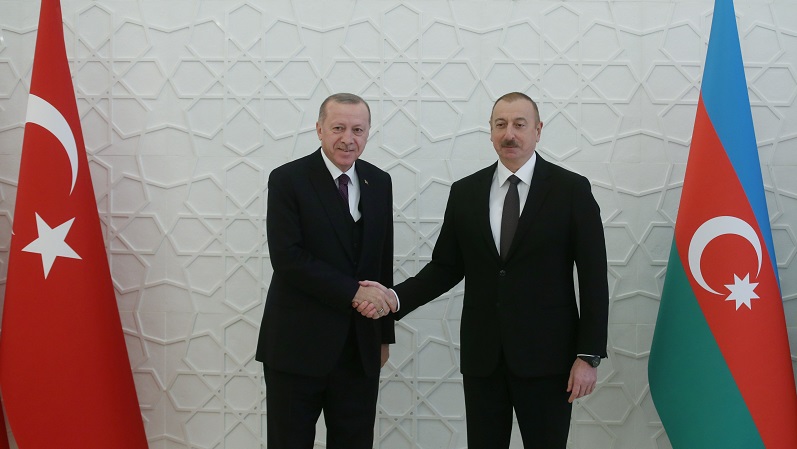 The head of state congratulated the Turkish President on the occasion of the opening of the Turkish-Russian Joint Monitoring Center in the Aghdam district.

The heads of state expressed their confidence that the launch of the Center will contribute to ensuring long-lasting peace and security in the region.

During the phone conversation, the presidents hailed the implementation of the provisions of the trilateral statement signed on November 10.

During the conversation, the heads of state emphasized that Azerbaijan-Turkey friendly and brotherly relations would continue to develop successfully in all areas.

The heads of state praised the Turkish companies' active involvement in the restoration and reconstruction of the liberated territories of Azerbaijan.

The Azerbaijani and Turkish presidents also stressed the importance of mutual support in the fight against the pandemic.