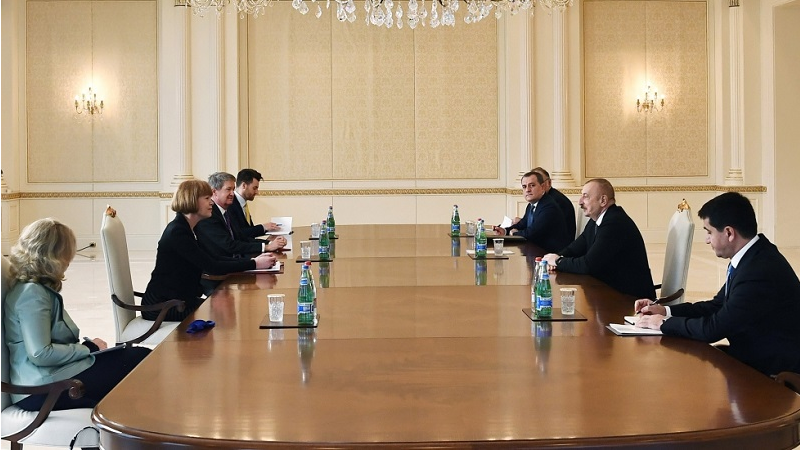 Azerbaijan has established very probably unique format of cooperation between the regional countries and the European Union, Azerbaijani President Ilham Aliyev said as he received Minister for European Neighbourhood and the Americas at the UK Foreign, Commonwealth and Development Office Wendy Morton.

“We hope that there will be more discoveries from BP operated fields. We have good prospects for that. So this is a very important part of our bilateral cooperation, also cooperation between other countries. We established very probably unique format of cooperation between the countries of our region and the European Union, and with the strong support from the governments of the United Kingdom and United States,” the head of state said.

The Azerbaijani president informed that the 7th meeting of the Advisory Council of the Southern Gas Corridor will be held after two days.

“At the meeting, we will review the achievements and look forward for future cooperation. And of course, investments from UK to Azerbaijan helped us a lot to modernize the country. These investments were mainly in energy sector, almost 30 billion dollars. But it allowed us to use properly the revenues from oil and gas sales to diversify the economy,” he added.

President Aliyev expressed confidence that for the coming years the major area of concentration will be non-energy sector development of Azerbaijan.