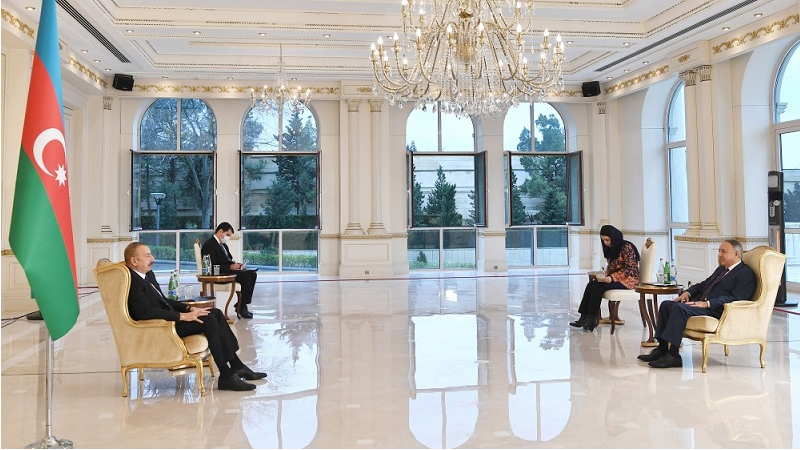 “We, throughout all these years demonstrated commitment to security and safety of your country, because without security, stability it is very difficult to build future,” the head of state said.

The head of state said recalled that Azerbaijan faced more or less the same in the beginning of 90s, noting that the efforts of the Afghan government or president already bring results.

President Aliyev pointed out that Azerbaijan and Afghanistan enjoy the new development in regional transportation issues.

“We are happy that some cargos already come from Afghanistan across Azerbaijan to international markets. We are happy to provide these facilities, and as you know, transportation sector is one of the issues which always is on our agenda during my meetings with the President, and we see good developments. With the recent changes in the regional geopolitical situation, of course, there will be more opportunities to cooperate,” he added.

President Aliyeva also expressed gratitude to Afghanistan for supporting Azerbaijan’s just cause with respect to the settlement of the Armenia-Azerbaijan conflict.