Hikmet Hajiyev: It would be more useful for Armenia's Defense Ministry to provide public with accurate info on their defeats 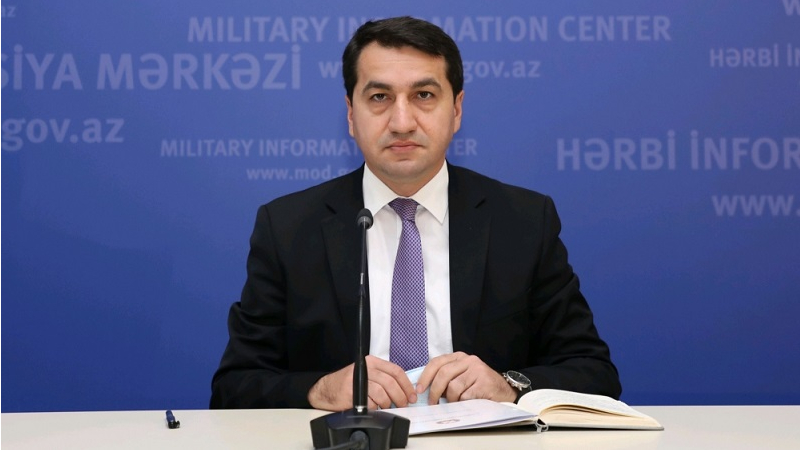 It would be more useful for Armenia's Defense Ministry and other authorities to provide the Armenian public with accurate information on their defeats rather than to make fake scenes, said Assistant to the Azerbaijani President, Head of Foreign Policy Affairs Department of the Presidential Administration Hikmat Hajiyev.

The official was commenting on a video footage, highlighting a testimony of Syrian “fighter” allegedly involved in military operations on the side of Azerbaijani Army detained by Armenian militaries, which was released by several Armenian information resources on October 30.

The presidential assistant said: “As President Ilham Aliyev has repeatedly stated in interviews with various foreign media, the purpose of these claims of Armenia, which has been trying to keep the territories of our country under the occupation for many years, is directed to cast a shadow on Azerbaijani Armed Forces’ successful military operations for the liberation of our lands and to undermine the international reputation of our country which stands at the forefront of the fight against international terrorism.”

“The Azerbaijani authorities have irrefutable facts and operational information about the presence of foreigners and mercenaries, as well as activists of terrorist organizations brought from Syria who are involved in hostilities in Armenian military units,” Hajiyev added.