For many years, Turkmenistan and Azerbaijan consistently developing relations in widest range of directions - President of Turkmenistan 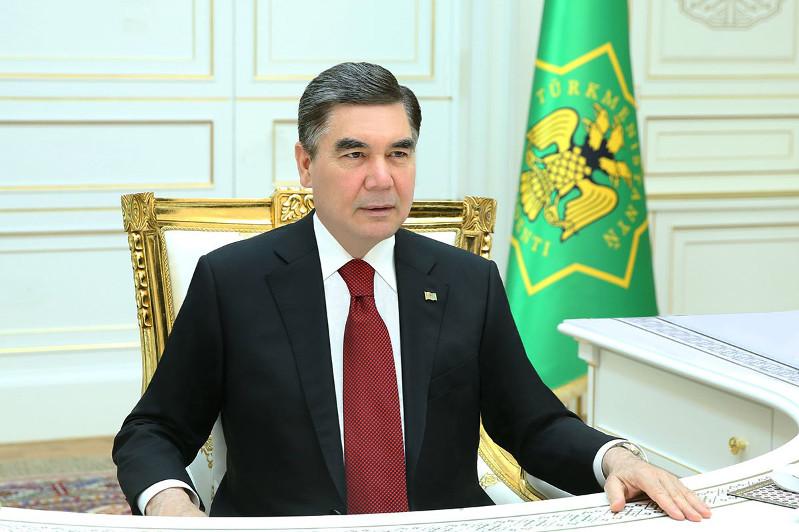 For many years, Turkmenistan and Azerbaijan as two independent states have been consistently developing relations in the widest range of directions, President of Turkmenistan Gurbanguly Berdimuhamedov said during a meeting through video conferencing with President of the Republic of Azerbaijan Ilham Aliyev in connection with the signing of a Memorandum of Understanding between the Government of the Republic of Azerbaijan and the Government of Turkmenistan on joint exploration and development of hydrocarbon resources of the “Dostlug” field in the Caspian Sea.

“Dear Ilham Heydar oglu, first of all, I congratulate you and all our Azerbaijani brothers on the signing of a historic document – the Memorandum of Understanding between the Government of Turkmenistan and the Government of the Republic of Azerbaijan on joint exploration and development of the “Dostlug” hydrocarbon field in the Caspian Sea. This is a truly significant event in the life of our countries and peoples. It is aimed at strengthening our friendship and cooperation. For many years, Turkmenistan and Azerbaijan as two independent states have been consistently developing relations in the widest range of directions. It should be emphasized that the basis of effective bilateral relations is an open, constructive and friendly political dialogue established at the highest state level. During our regular meetings, important topics are discussed on how to expand bilateral partnership in the political, diplomatic, trade, economic, cultural, humanitarian and other spheres. Of course, the results of such contacts become the subject of further work of the governments and foreign affairs agencies of the two states. In this context, I would like to note with satisfaction the intensification of the activities of the Turkmen and Azerbaijani state bodies, i.e. those responsible for the implementation of the agreements reached at the presidential level. And this, in turn, should encourage both sides to search and implement new ideas and initiatives aimed at maximizing the use of the immense opportunities the Turkmen-Azerbaijani cooperation offers,” Berdimuhamedov noted.

“Going back to the significance of the signed memorandum, I would like to once again draw your attention to the fact that this document opens a fundamentally new stage of the partnership between Turkmenistan and Azerbaijan in the strategic direction – the energy sector. For this, we have everything we need – political will, a high level of technical and technological equipment, highly qualified personnel and vast experience in the oil and gas industry. However, the main guarantee of joint successful activities in the Caspian is our strong brotherly ties between the Turkmen and Azerbaijani peoples that have existed for many centuries. I want to specifically emphasize the contribution to the mutual aspiration of Turkmenistan and Azerbaijan in creating an atmosphere of lasting peace, good-neighborliness, mutual understanding and cooperation in the Caspian region. It is as a result of the high political and diplomatic activity of our two countries that it has become possible to hold summits and other high forums of the Caspian states on a regular basis in recent decades. A modern international legal framework that meets the current and future needs of the coastal countries has been created, which determines the main parameters of multilateral cooperation in the Caspian Sea in such important areas as security, economy and ecology. I think that in many respects this became possible due to the high level of mutual understanding between Turkmenistan and Azerbaijan and the commonality of our approaches to resolving all issues of the Caspian agenda,” the president of Turkmenistan said.