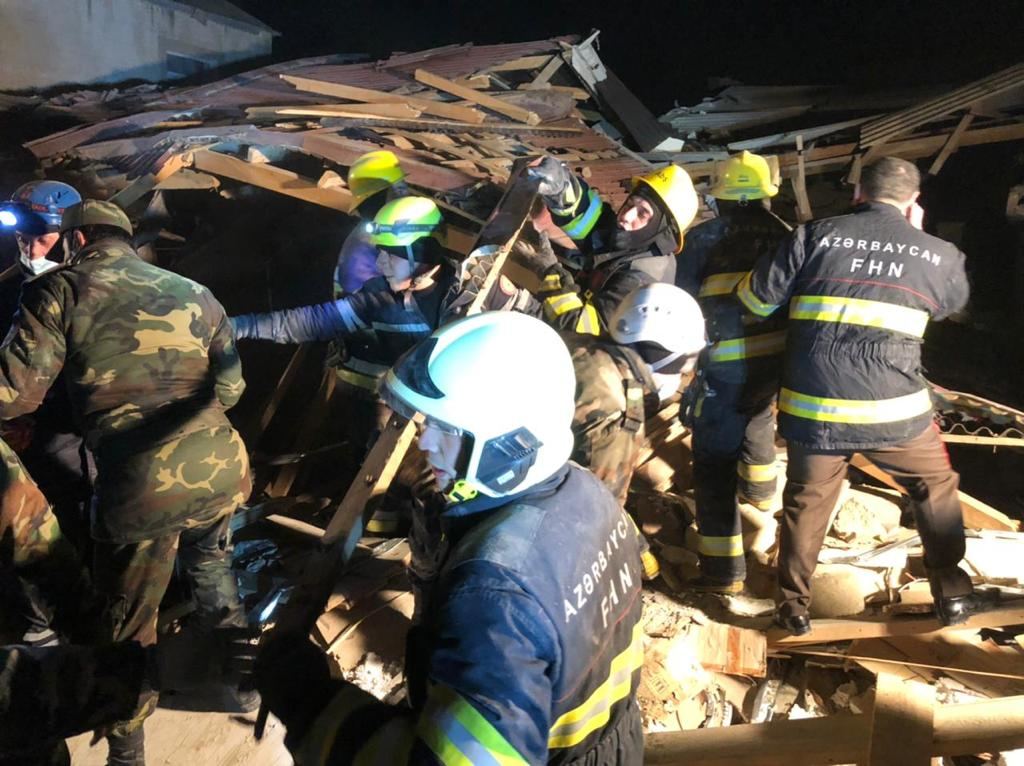 The number of persons rescued by the employees of the Ministry of Emergencies reached six.

An explosion occurred in a private house in the city of Khirdalan, the Absheron region.

The incident took place in the 27th block, according to the Azerbaijani Ministry of Emergencies.

After the explosion, a fire broke out in the house. As a result of the blast wave, glass flew out in the windows of nearby multi-storey buildings.

The employees of the Ministry of Emergencies were involved in the scene.

Two people, a woman and a child were rescued from the rubble. It is assumed that people still remain under the rubble.

Search and rescue operations continue, the causes of the incident are being investigated.