Azerbaijani President: We have won this war at the expense of our heroic soldiers and officers 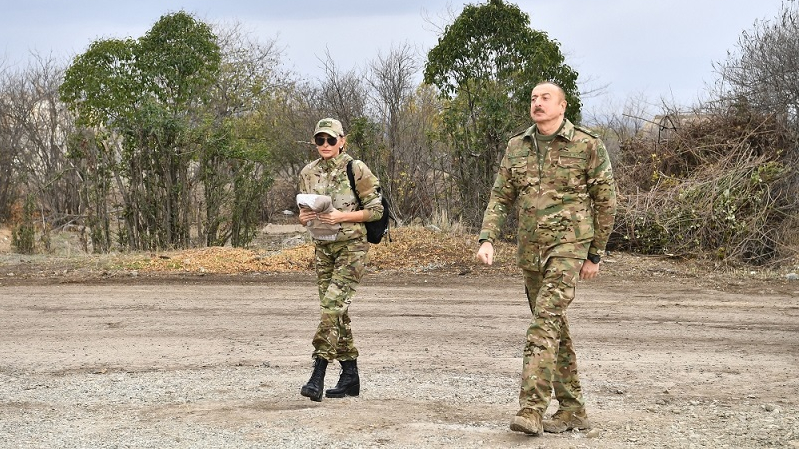 “Today, many countries, many developed countries are studying our experience. Many experts dealing with this issue are noting that Azerbaijan waged a war of the 21st century. For the first time in the 21st century, historic achievements of this scale and effect have been made in such a short period of time,” said President of Azerbaijan, Victorious Commander-in-Chief of the Armed Forces Ilham Aliyev as he visited the liberated from occupation Aghdam city.

“On my way here, I saw at least three lines of defense. But according to the information given to me by the military, there were five lines of defense here. In Fuzuli as well. Thanks to the heroism and professionalism of our soldiers and officers, we have crushed these lines of defense. We are technically equipped with the most modern weapons, and the Second Karabakh War showed that, there are videos. They are now being studied, they will be studied in many countries and will be included in military books.”

“Victory could not be won by weapons alone. It is a soldier and an officer who raises the flag, raises the flag on the enemy's positions, raises it on liberated lands. Our soldiers and officers fought like lions. We gave martyrs. May God have mercy on all our martyrs! May God grant their parents patience! We have wounded servicemen, and they are recovering. Many of them have already recovered. May God send healing to them! We have won this war at the expense of our heroic soldiers and officers. I am sure that the operation to liberate Shusha from occupation will forever go down in history. We have destroyed the enemy in an almost hand-to-hand battle, crossing ravines, forests and mountains with light weapons, and liberated Shusha, the crown of Karabakh,” President Ilham Aliyev emphasized.