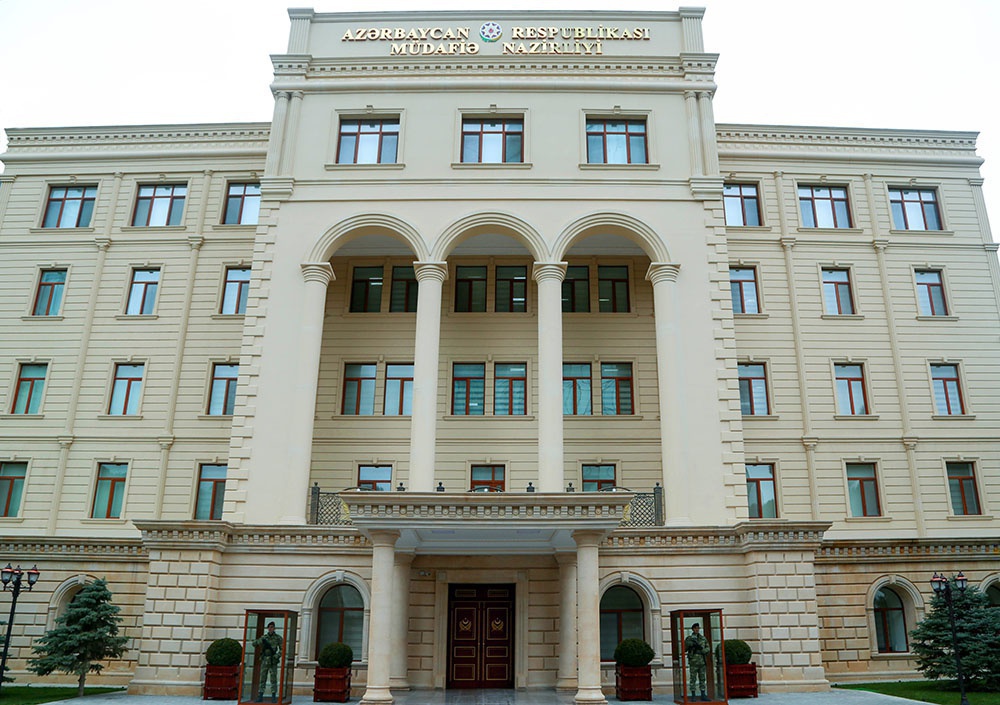 Some of the armed formations of Armenia remained in the wooded area in the northwestern part of the Hadrut settlement of the Khojavend region of Azerbaijan after declaring a ceasefire in accordance with a statement signed on November 10, 2020, by the Presidents of the Republic of Azerbaijan, the Russian Federation, and the prime minister of Armenia.

The Armenian media informed that these armed formations got lost in the wooded area with reference to Armenian officials, the Azerbaijani Defense Ministry said on Sunday.

The Armenian side appealed to the command of the peacekeeping forces of the Russian Federation requesting to withdraw them from this territory.

The Azerbaijani side has created all conditions for the withdrawal of these Armenian armed formations from the territory. Servicemen of the Russian peacekeeping forces arrived in this territory in difficult weather conditions and via loudspeakers addressing the Armenian armed detachments located in the wooded area informed that the necessary measures had been taken to evacuate them from this territory.

Totally, the servicemen of the peacekeeping forces of the Russian Federation with responsibility and high professionalism fulfilled their duties on the observance of the ceasefire and evacuating Armenian servicemen presented as “lost” and “missing”.

These Armenian armed detachments did not leave the territory, contrariwise, they established combat positions and in recent days have committed terrorist and provocative acts, as well as subversive actions against persons carrying out civil service on this territory on the Azerbaijani side and servicemen. Thus, on November 26, 2020, 3 of our servicemen were killed and 2 were injured in the liberated from occupation Sur village of Khojavend region as a result of a sudden attack by Armenians on the servicemen of the Ministry of Defense of Azerbaijan carrying out service duties in this territory. On December 8, one serviceman was killed, and an employee of the "Azercell" Company was seriously injured while installing the means of communication and retransmission station near the Hadrut settlement of the same region.

Taking into consideration the above-mentioned, the State Security Service of the Republic of Azerbaijan had to conduct an anti-terror operation in this area.

In such cases, insubstantial accusations by some Armenian leaders and the Armenian media against the Russian peacekeeping forces and the Azerbaijani side are unacceptable.

The Armenian side must ensure the fulfillment of the provisions of the trilateral statement, support the observance of the ceasefire regime and peace, refrain from provocations through the remaining Armenian armed detachments or remnants of the Armenian armed forces, as well as from deliberately aggravating the situation and using such cases for domestic political purposes.

The Republic of Azerbaijan, complying with the provisions of the trilateral statement, continues its efforts to ensure peace in the region in close coordination and cooperation with the peacekeeping forces of the Russian Federation.