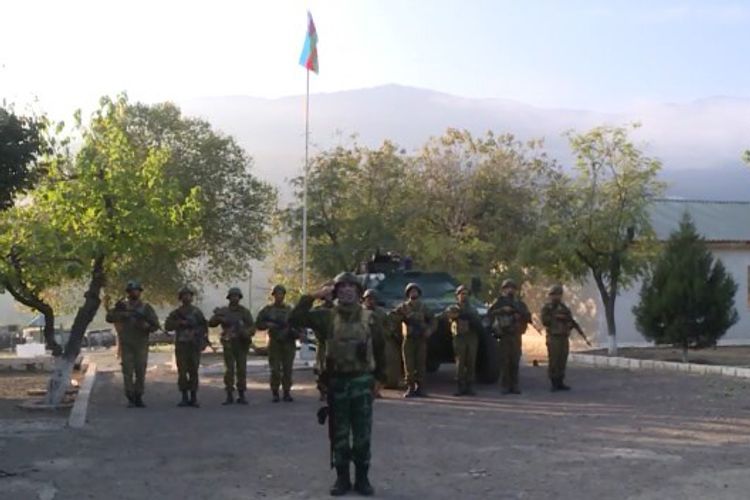 The Azerbaijani flag was hoisted in the liberated Angband settlement of the Zangilan region.