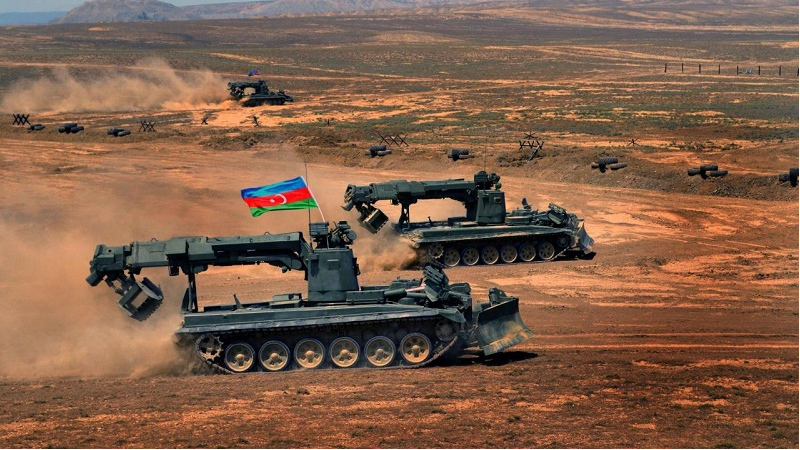 Armenian armed forces, which do not comply with the humanitarian truce, carried out regrouping and redeployment of forces and attempted to attack in small groups the positions of the Azerbaijan Army in some directions of the front.

On the night of October 12 to 13, the overall situation on the front line in the Aghdere-Aghdam and Fizuli-Hadrut directions remained tense, the Azerbaijani Defense Ministry said Tuesday.

As a result of the actions taken by the Azerbaijan Army, a large number of forces, three BM-21 Grad MLRS, one Tor-M2KM Surface-to-air missile (SAM), one ZSU-23-4 Shilka self-propelled anti-aircraft gun (SPAAG), two BMP-2 Infantry fighting vehicle, three 2A36 Giatsint-B guns, one KS-19 anti-aircraft gun, one D-20 gun-howitzer, three UAVs, as well as several auto vehicles of the Armenian armed forces were destroyed and disabled in different directions of the front.

According to the information received, during the combat operations, the military personnel, who took up positions in the area defense responsibility of the 5th mountain rifle regiment of the Armenian armed forces, were defeated, the manpower of the 1st motorized rifle regiment up to one company in number was ambushed, and the moving auto vehicles were destroyed.

A convoy of vehicles of the 4th motorized rifle regiment moving in the Askeran direction, and a group of reservists moving from the Sisian settlement of Armenia in the direction of the occupied territories of Azerbaijan, were destroyed by fire strike.

The cases of mass desertion are observed in Armenian military units whose resistance has been broken.

The Azerbaijan Army, observing the regime of humanitarian truce, retain their operational advantage along the entire front.