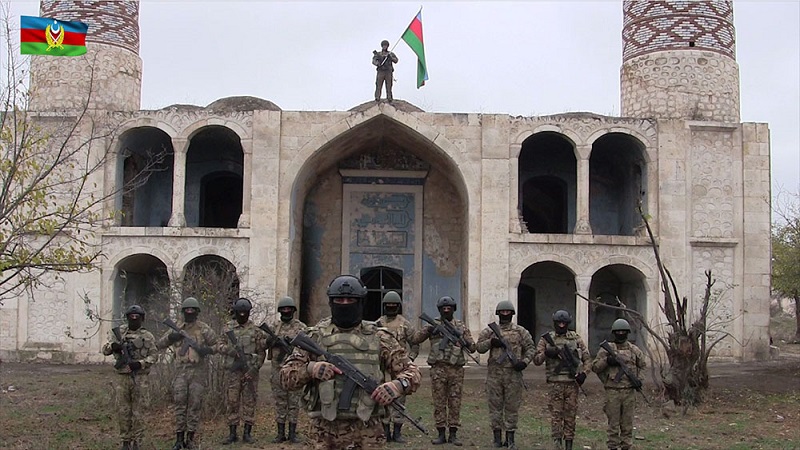 The mine-clearing of the terrain was carried out at nighttime to ensure the safe movement of Azerbaijani Army units in this direction, engineering work was completed and the roads along the route of the movement were prepared for use. Currently, appropriate measures are being taken to deploy the military personnel and armored vehicles of our units in the territory.

The liberated from occupation Aghdam district came under the control of the Azerbaijan Army. The National Flag of Azerbaijan was raised in the center of the Aghdam city, the National Anthem was performed and a report was delivered to the President of the Republic of Azerbaijan, Supreme Commander-in-Chief of the Armed Forces, Mr. Ilham Aliyev.

The Juma Mosque and its territory were cleaned up by Azerbaijani servicemen, the Adhan was recited in the Mosque, and Friday prayers were held. 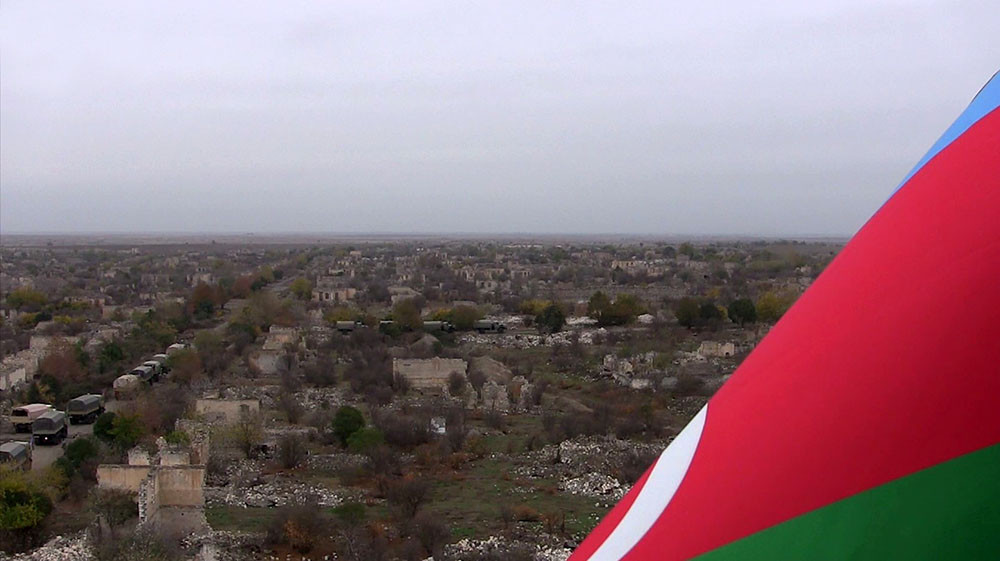 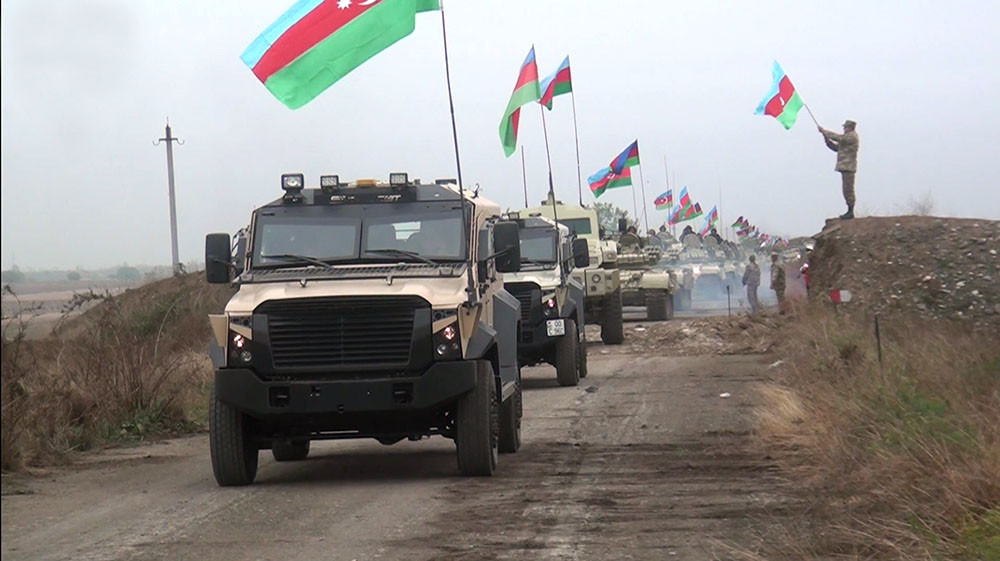