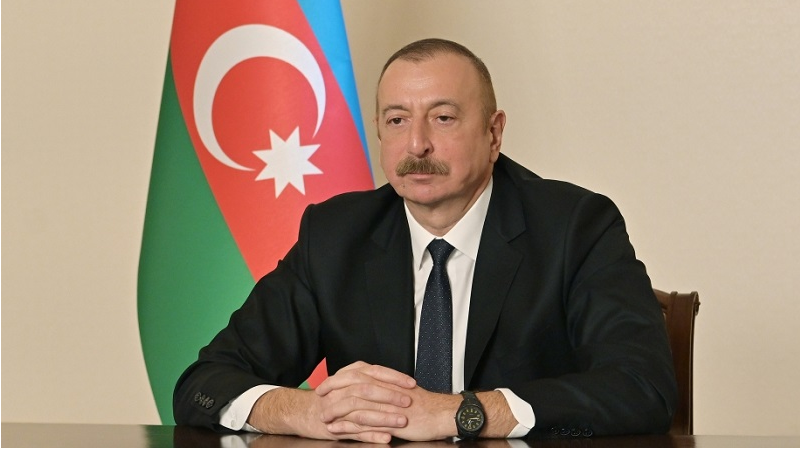 Azerbaijani President Ilham Aliyev said an international airport will be built in Fuzuli on his instructions.

This instruction has already been given, and places are being identified now, said President Aliyev as he received in a video format Anar Karimov on his appointment as Minister of Culture.

“Mine clearance work will be carried out. I have ordered that an international airport be established in Fuzuli this year. At least a runway should be put into operation. The distance from there to Shusha is short,” he said.

The head of state continued: “In Soviet times, you had to go to Shusha either from Khankandi or through the Lachin corridor. We are building a new road now. Of course, those roads are there too, and our citizens, those engaged in repair work there these days are using these roads – the Aghdam-Khankandi-Shusha road and the Lachin corridor. In other words, these roads are open to us. We should be able to go there whenever we want, and it will be the case. However, the construction of the Fuzuli international airport will create opportunities to invite foreign guests to Shusha. It will be possible to come there and then travel a short distance to Shusha.”

The president also instructed to prepare a list of all cultural sites in the liberated lands.

“Such lists existed before, but we have to look at the sites on the spot, look at their condition, and restore them later. But first of all, of course, they must be inspected, classified and a full list of them must be developed by inviting international companies. I can say that all the overall destruction in the liberated lands is being recorded. We will take legal action against the perpetrators of this destruction,” he added.