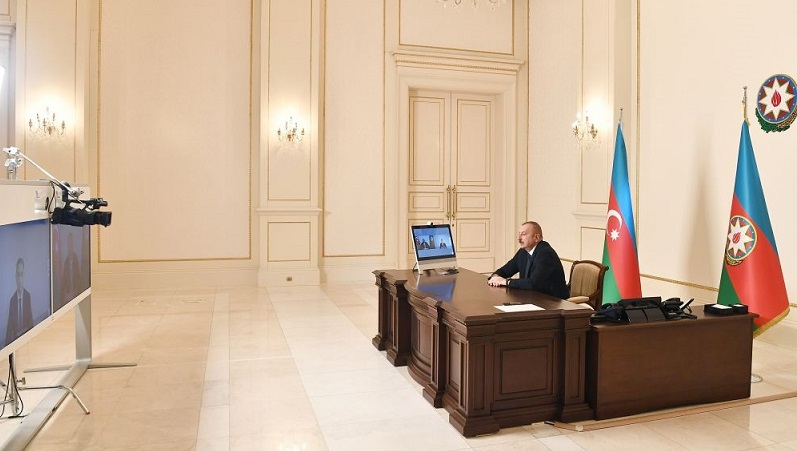 Azerbaijan plays a central role in the region in the field of communications and high technologies, President of the Republic of Azerbaijan Ilham Aliyev said receiving in a video format Rashad Nabiyev due to his appointment as Minister of Transport, Communications and High Technologies.

“The attention being paid to the transport sector and our thought-out policies have created this new reality. Today, our transport sector is modern and allows us the opportunity to fulfill the tasks our country is facing. At the same time, billions of dollars of investment in this area are already having a positive impact on our non-oil economy. Investments in the transport sector are not the type of investments that will be recovered in a year or two, not even in five to 10 years. This is a long-term investment. These investments are made to achieve the comfort of the people and long-term sustainable development of the country,” the Azerbaijani president said.

“As for other areas, there is positive dynamics and progress there too. I think that Azerbaijan plays a central role in the region in the field of communications and high technologies. It is no coincidence that the “Bakutel” exhibition, which has already gained a great reputation around the world, is traditionally held in Baku. My numerous meetings with the leaders of the International Telecommunication Union show that our investments and attention in this area are highly valued by international organizations. I think we have solved all the major issues in the field of communications within the country. The number of Internet users is above 80 percent. Everyone knows that the Internet in Azerbaijan is free – there is no censorship and there are no restrictions,” the head of state said.