SpaceX to fly two space tourists around the moon in 2018 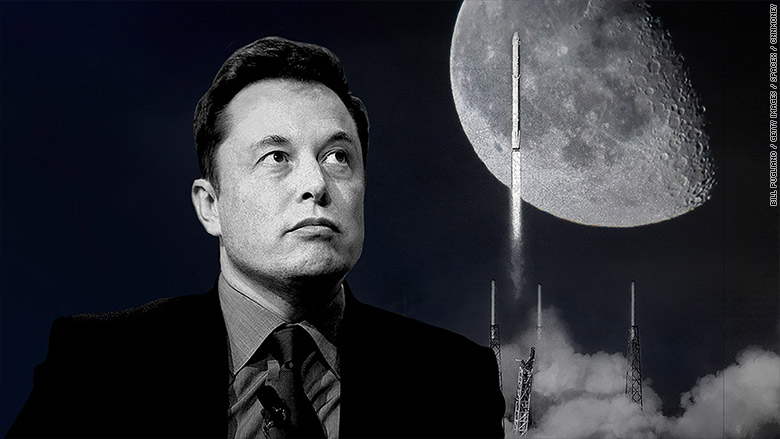 Two thrill seekers are paying SpaceX to make a trip around the moon next year.

"Like the Apollo astronauts before them, these individuals will travel into space carrying the hopes and dreams of all humankind, driven by the universal human spirit of exploration," SpaceX said in a blog post.

For takeoff, SpaceX will use the same launch pad near Cape Canaveral, Florida, that was used for the Apollo programs missions. No humans have traveled past low Earth orbit since the final Apollo mission in 1972. (Low-earth orbit is essentially the first rung on the ladder in being to space. It's also where some satellites that circle the Earth reside.)

The company doesn't expect this to be a one-time mission. SpaceX said that other people have expressed strong interest in making the trip. The names of the first two travelers have not been released. They are likely paying millions for the adventure.

For comparison, space tourists have previously paid the Russia government upwards of $20 million for a trip to the International Space Station. NASA has paid the Russians $80 million a seat to send astronauts to the space station. SpaceX has not revealed the price of the roughly week-long trip.

SpaceX is putting forward an aggressive timeline for the mission, which will rely on a rocket and spacecraft that have not flown yet. The Falcon Heavy rocket is expected to make a test flight this summer. And the Crew Dragon spacecraft, which will hold the two tourists, will complete a demo mission later this year.

"Next year is going to be a big year for carrying people to the space station and hopefully beyond," Musk said in a conference call with reporters.