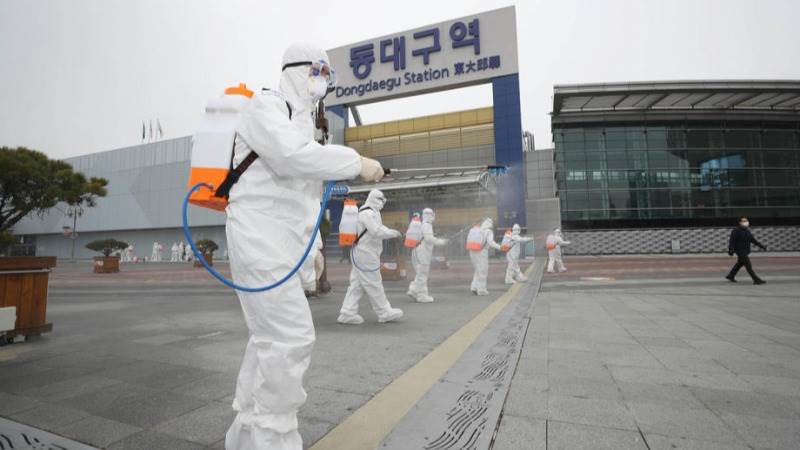 South Korea plans to discuss whether it needs to further tighten distancing rules this weekend as the current curbs failed to reverse a resurgence in outbreaks, with the daily coronavirus count hitting another high on Friday, officials said, Reuters reports.

Daily numbers have been hovering at record levels over the past few weeks, around 1,000, but the government resisted calls for imposing the toughest Level 3 at least for the greater Seoul area due to economic concerns, calling it a last resort.

Level 3 restrictions would essentially mean a lockdown of Asia’s fourth-largest economy, closing another 1.2 million businesses and allowing only essential workers into offices.

Health authorities blamed an outbreak at a Seoul prison for the fresh high daily tally but said they will gather on Sunday to decide whether distancing needs to be tightened to Level 3.

“The weekly average had exceeded 1,000 but we still see it is more likely to be a temporary phenomenon,” Yoon Tae-ho, a senior health ministry official, told a briefing.

“But how it would effect our decision on Level 3 ... we will hold a meeting on Sunday and release the outcome.”

The streets around major cathedrals and churches which would otherwise be filled with cars and worshippers were empty, local television footage showed, as they held Christmas services online in line with a gathering ban.

Some new restrictions were taken this week including a ban on gatherings of more than four people, and a suspension of ski resorts and tourist spots, aimed at stopping the spread during the Christmas and New Year holidays.