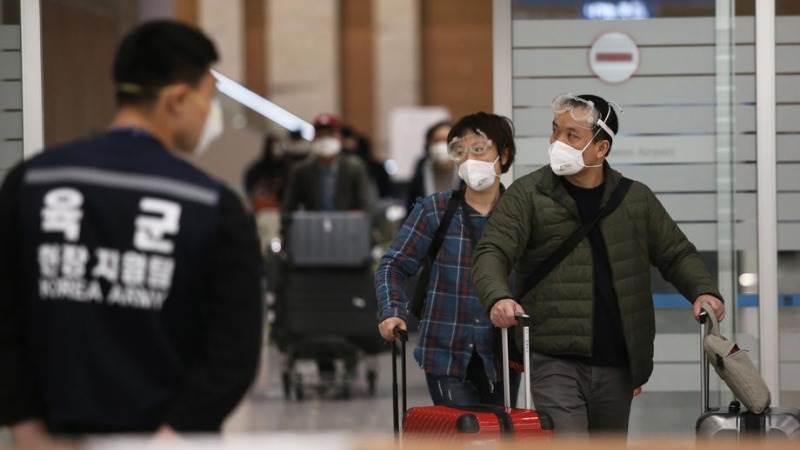 South Korea reported 583 new coronavirus cases on Thursday, the highest since March, as it grapples with a third wave of infections that appears to be worsening despite tough new social distancing measures, Reuters reports.

The government reimposed strict social distancing rules on Seoul and surrounding regions this week, only a month after they had been eased following the second wave of infections.

Now some experts say the government moved too early to relax those rules, as the daily official case tally exceeds 500 for the first time since March 6.

South Korea’s first wave emerged in late February from meetings of a religious sect but the latest cases are more dispersed around the capital Seoul, making them harder to trace and contain.

The armed forces ordered a 10-day ban on leave after a series of outbreaks at military facilities. Other clusters have been traced to a sauna, a high school, an aerobic academy, churches, a children’s cafe and a friends’ get-together.

“COVID-19 has arrived right beside you and your family,” Health Minister Park Neung-hoo told a televised meeting of health officials.

“In particular, the spread of infections among young generations is extraordinary.”

Infections among young people, many of whom show no symptoms, prompted the government to urge students to stop attending cram schools and private lessons ahead of college entrance exams slated for Dec. 3.

Of the latest cases, 553 were locally transmitted and almost 73% of those were in the greater Seoul area, the Korea Centers for Disease Control and Prevention (KCDC) said.