Soon or late, the justice for Khojaly will triumph: Elmira Suleymanova 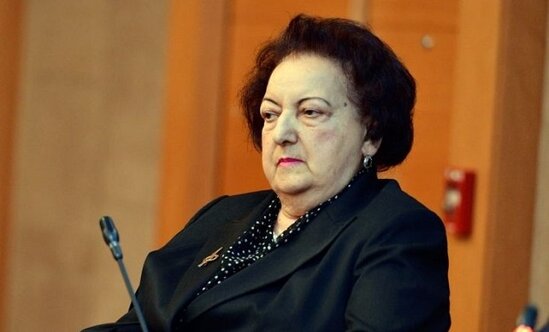 "The Khojaly genocide, one of the greatest tragedies of the 20th century," professor Elmira Suleymanova writes in her article.

"According to eyewitnesses on the night of February 25-26, 1992, Khojaly's civilian population was asleep, and when they woke up to the sound of gunfire, they fled their homes, fearing that Khojaly would be illuminated by powerful projectors. When they did, they were shot by Armenians, mothers holding their children, helpless old people and people with disabilities were brutally killed," the author notes.

"The world saw that the Khojaly incident was a genocide, a massacre, a crime against humanity in the true sense of the word."

According to Suleymanova, the UN Convention on the Prevention and Punishment of the Crime of Genocide of 1948 unequivocally states that "genocide is the complete and partial destruction of any national, ethnic, racial or religious group, as well as the killing of members of such groups."

"But it is obvious that neither the UN nor the relevant international organizations, as if dumb, blind and deaf, did not treat the Khojaly genocide fairly and did not recognize it as genocide," the author states.

"As a result of continuous systematic campaigns, a series of events and extensive awareness-raising activities in many countries to promote the Khojaly massacre in the world, the OIC Parliamentary Union, Pakistan, Mexico, the Czech Republic, Peru, Honduras, Panama, Sudan and others have already recognized this tragedy as an act of genocide. The parliaments of the states have recognized the massacre of civilians in Khojaly as genocide," Suleymanova added.

"It is never too late to recognize the Khojaly genocide."

According to the professor, recognition of Khojaly by the International Court of Justice as an act of genocide on the basis of facts, documents and evidence would result in Khojaly being named among the Holocaust, Srebrenica, Khatin, Rwanda and other world-recognized genocides.

"For the sake of justice, the Khojaly massacre should be recognized as genocide, and the criminals who planned, organized and participated in it, regardless of their position, should be punished."