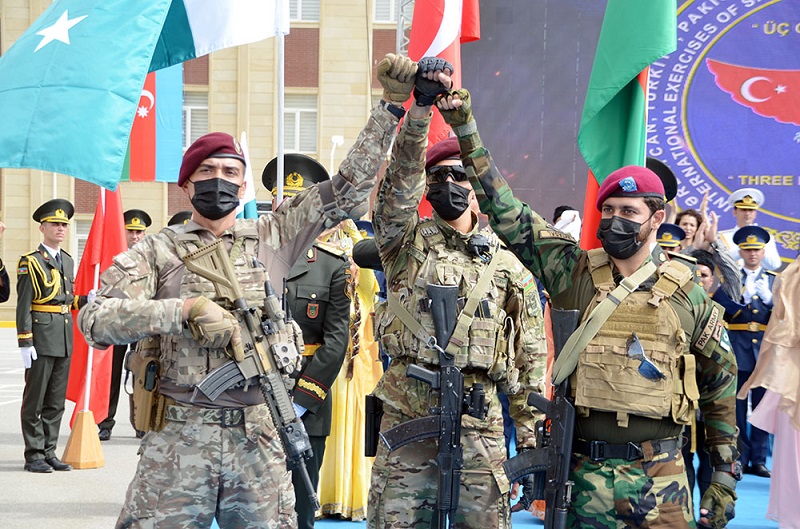 A solemn ceremony dedicated to the opening of the "Three Brothers - 2021" international exercises was held in Baku on September 12 with the participation of representatives of the Special Forces of Azerbaijan, Turkey and Pakistan, the Defense Ministry of Azerbaijan told News.Az.

After the Commander of the Special Forces congratulated the special forces of the three countries on the start of joint exercises, a minute of silence was observed to commemorate the Shehids (Martyrs) of Azerbaijan, Turkey and Pakistan.

Lieutenant General H. Mirzayev said he was very pleased to see the representatives of Turkish and Pakistani special forces in Azerbaijan: "Azerbaijan, Turkey and Pakistan have entered the history of mankind as close friends and brothers. At the heart of these relations is the close ties between our peoples. Evidence of this can be seen in the solidarity and support of Turkey and Pakistan to Azerbaijan from the first day of the 44-day counter-offensive operations launched by Azerbaijan against the  Armenian armed forces on September 27, 2020. Today, cooperation between our countries in all areas is at the highest level. Important measures are being taken to further strengthen and develop our relations to ensure the region's and peoples' security".

Lieutenant General H. Mirzayev expressed confidence that the "Three Brothers - 2021" international exercises will provide an extensive exchange of experience and views between servicemen of the three countries and will greatly contribute to further improvment of the professional training.

The heads of the Turkish and Pakistani delegations, Lieutenant Colonel Kurshad Konuk and Lieutenant Colonel Aamir Shahzad, noted that this bond of friendship between our peoples and armies would stand the test of time in a rapidly changing global environment and the three brothers will grow closer as reliable regional partners and collaborators despite international political changes. The "Three Brothers - 2021" international exercises will serve to further strengthen the existing bilateral ties between the armies, as well as provide an opportunity to discover new ways to combat terrorism and develop the training through mutual exchange of experience.

After the official part of the opening ceremony, the Commander of the Azerbaijan Special Forces met with the guests and wished them success in the exercises.

The opening ceremony ended with the presentation of the musical and choreographic composition "We are eternal, invincible brothers" and the song "Three Brothers" dedicated to the "Three Brothers - 2021" international exercises, written and staged by the Honored Art Worker of Azerbaijan, Colonel Abdula Gurbani. 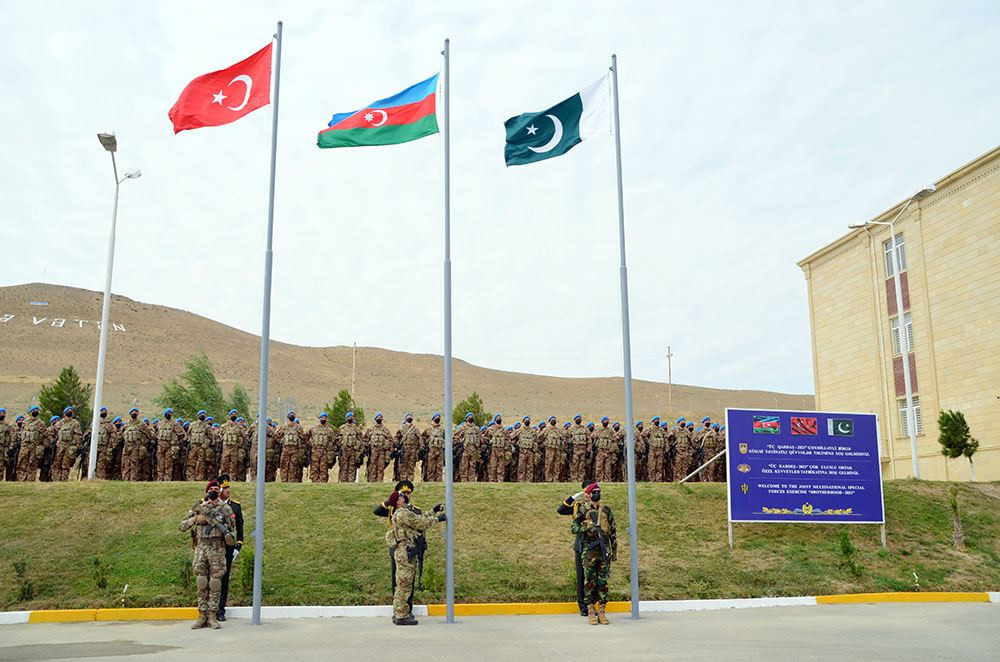 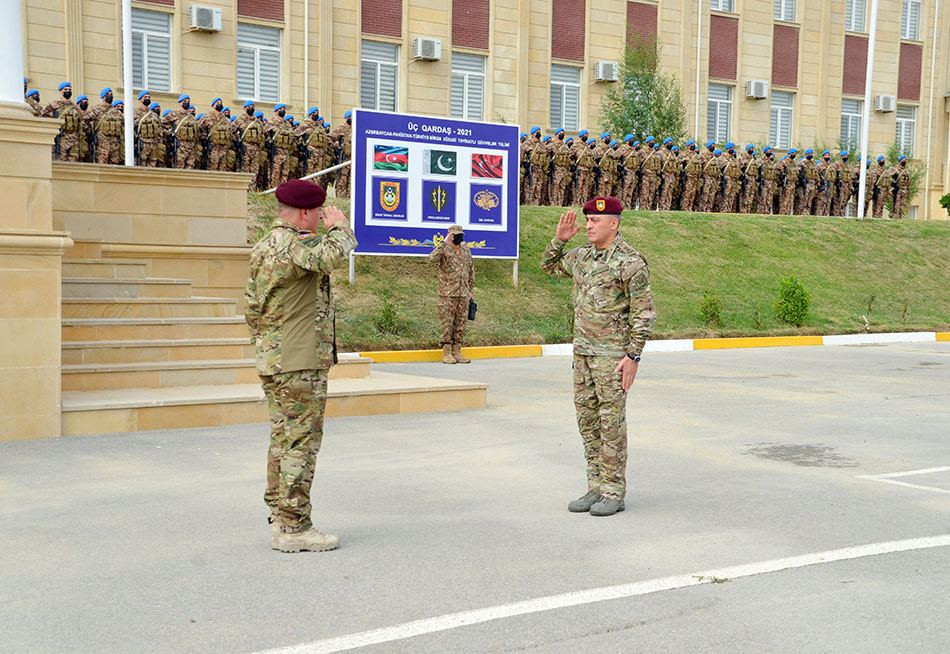 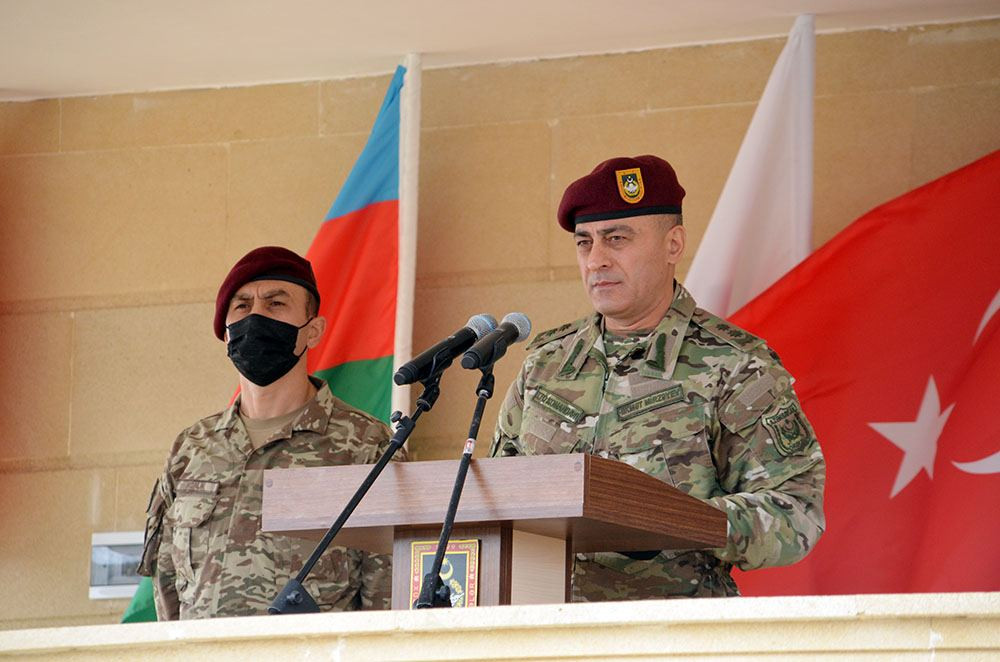 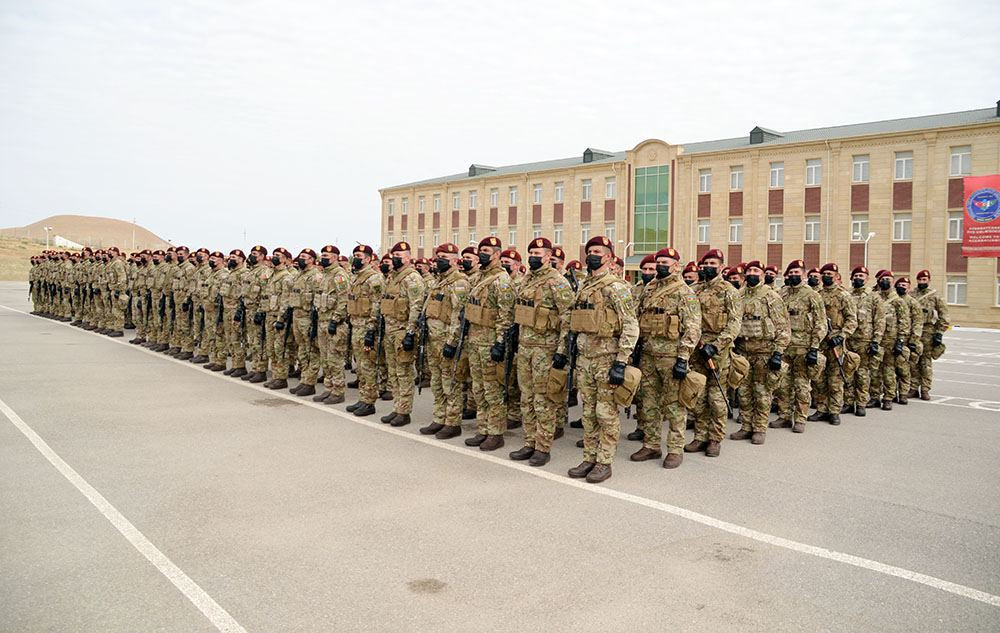 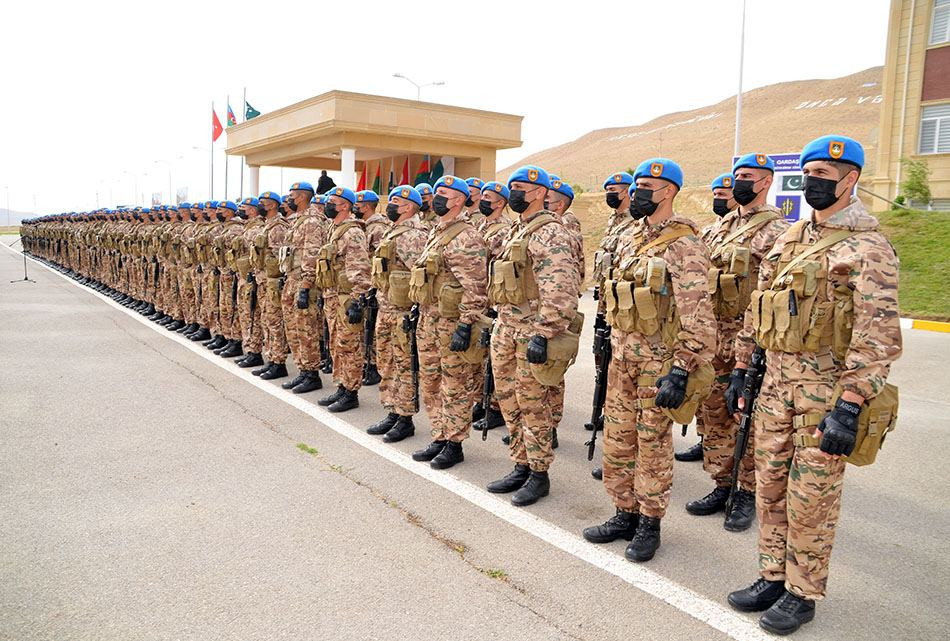 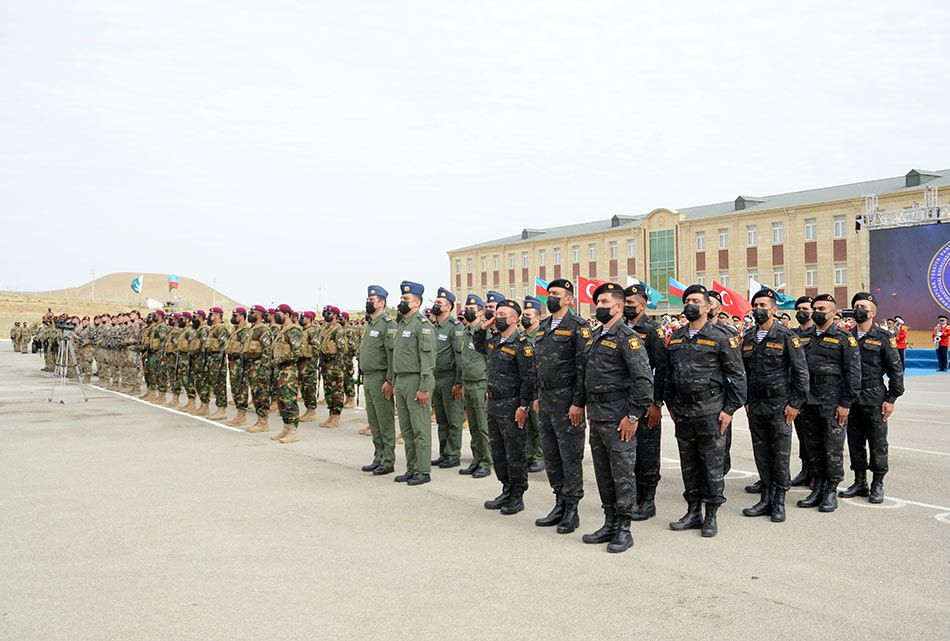 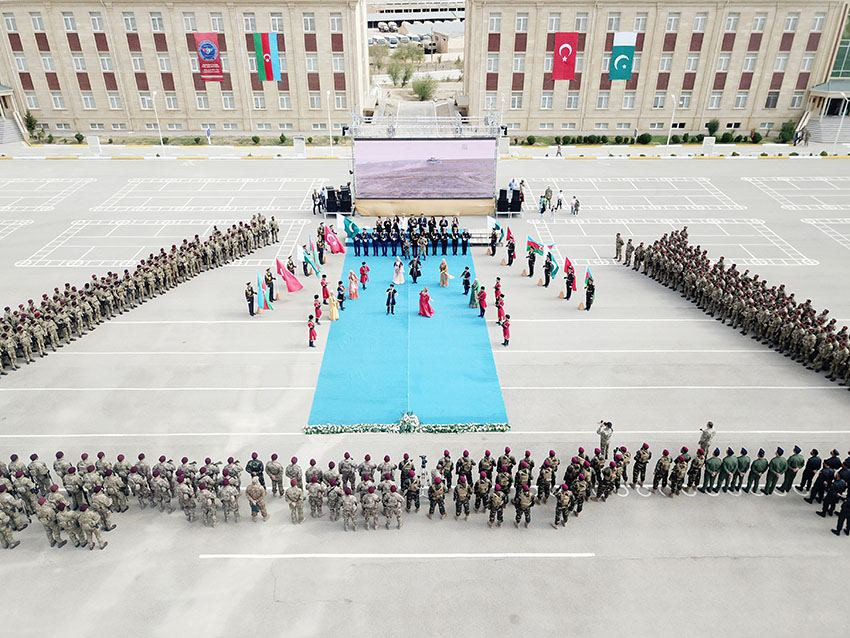