Solar eclipse 2021: ‘Ring of fire’ to sweep across the Earth 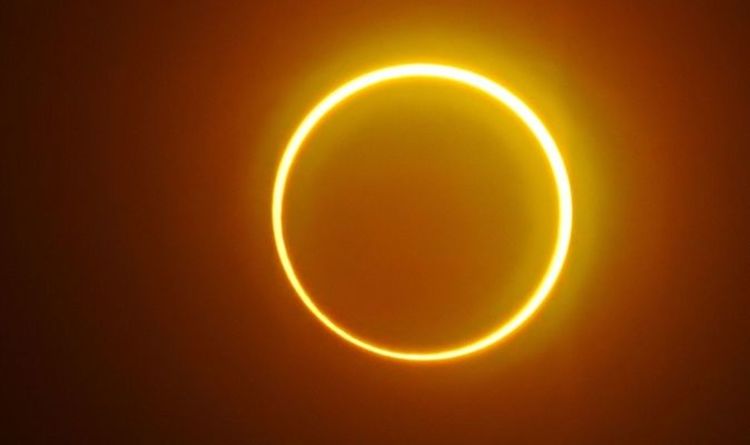 It's celestial showtime on Thursday as much of the Northern Hemisphere gets to witness a solar eclipse, BBC reports.

This particular event is what's termed an annular eclipse. It will see the Moon move across the face of our star but not completely block out the light coming from it.

Instead, there will be just a thin sliver of brilliance left to shine around the Sun's disc.

The best of the action will be in the Arctic.

Yes, not many people live there, but a good portion of the globe will still get treated to a partial eclipse where the Moon appears to take a big bite out of the Sun.

This will include the eastern United States and northern Alaska, along with much of Canada, Greenland, and parts of Europe and Asia.

In the UK, the most favourable place to watch, in terms of the percentage of the Sun's disc that gets covered up, will be in Scotland - somewhere like Lerwick in the Shetland Islands (11:27 BST), or Stornoway on the Isle of Lewis (11:18 BST)

These places will see about 40% of the Sun eclipsed.

As ever, the advice is not to try to look at the Sun with the naked eye. This can do severe damage.

Anyone gazing skyward should only do so with the aid of protective viewing equipment, such as approved eclipse glasses or a pinhole projector.

Better still, attend an organised event. Local astronomy clubs will be out in force to show people how to view the eclipse safely.