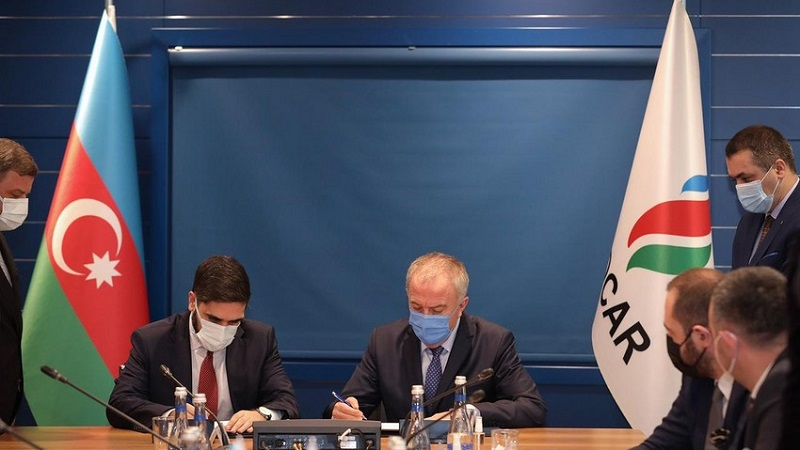 The MOU considers the strengthening of cooperation on gas transportation, as well as opportunities of using Romania’s gas transit and distribution capacity in gas supply from Azerbaijan and Caspian region, cooperation on gas supply and trading in Romanian market, including potential terminals for LNG intake within the framework of AGRI.

“The further prospects for energy cooperation were discussed at a meeting with Minister of Energy of Romania Virgil-Daniel Popescu and Special Envoy for Strategic and International Affairs Ana Birchall in presence of Chairman of the Supervisory Board of SOCAR, Azerbaijani Minister of Economy Mikayil Jabbarov,” Najaf wrote on Facebook.