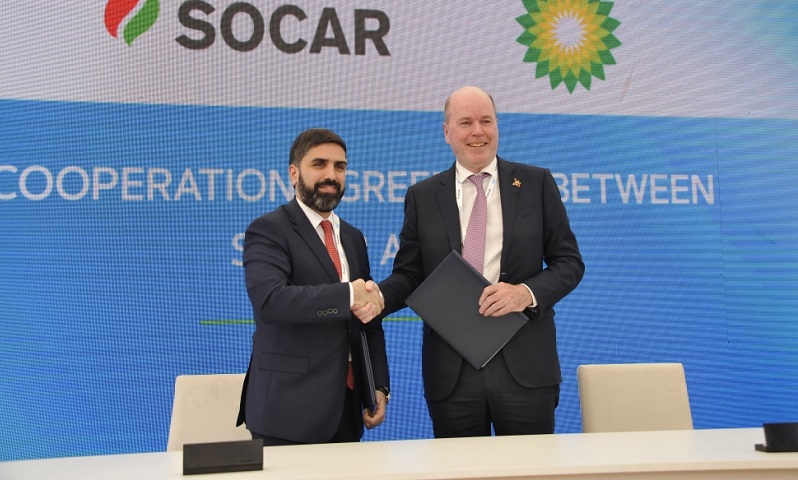 A ceremony of signing a cooperation agreement between the State Oil Company of Azerbaijan (SOCAR) and bp took place at a special session on The Path to Zero Emissions: Potential and Opportunities of Green Energy in Karabakh Region" organized in Azerbaijan’s Shusha city as part of the Baku Energy Week, News.Az reports.

The document was signed by SOCAR First Vice President Rovshan Najaf and bp Regional President Gary Jones. The agreement envisages the study of the potential of renewable energy sources in Azerbaijan, cooperation in this area and the implementation of joint projects.

Besides, a memorandum of understanding was signed between SOCAR and UAE’s Masdar company. The document was inked by SOCAR First Vice President Rovshan Najaf and Acting Executive Director of Masdar Clean Energy Fawaz Al Muharrami.

Within the framework of this memorandum, it’s planned to cooperate in the field of the renewable energy sector. 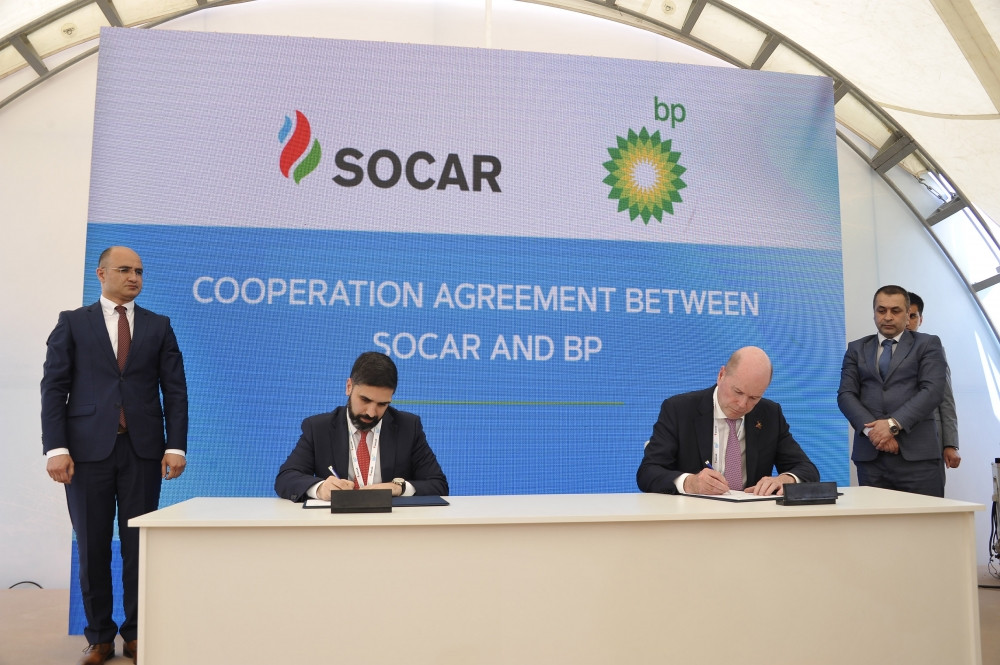 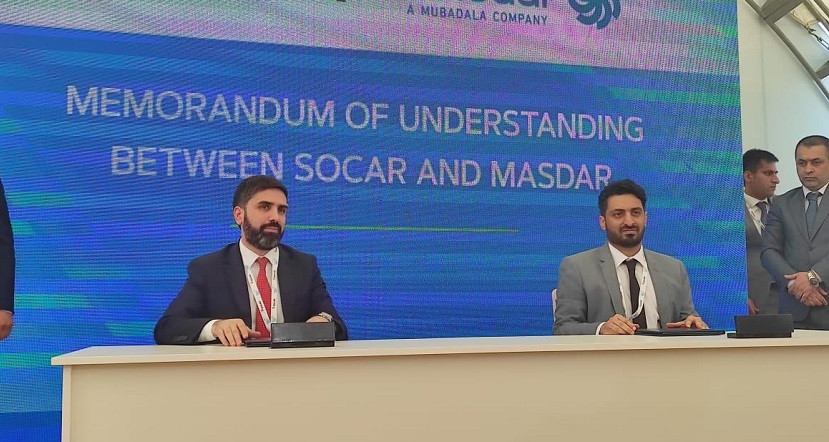 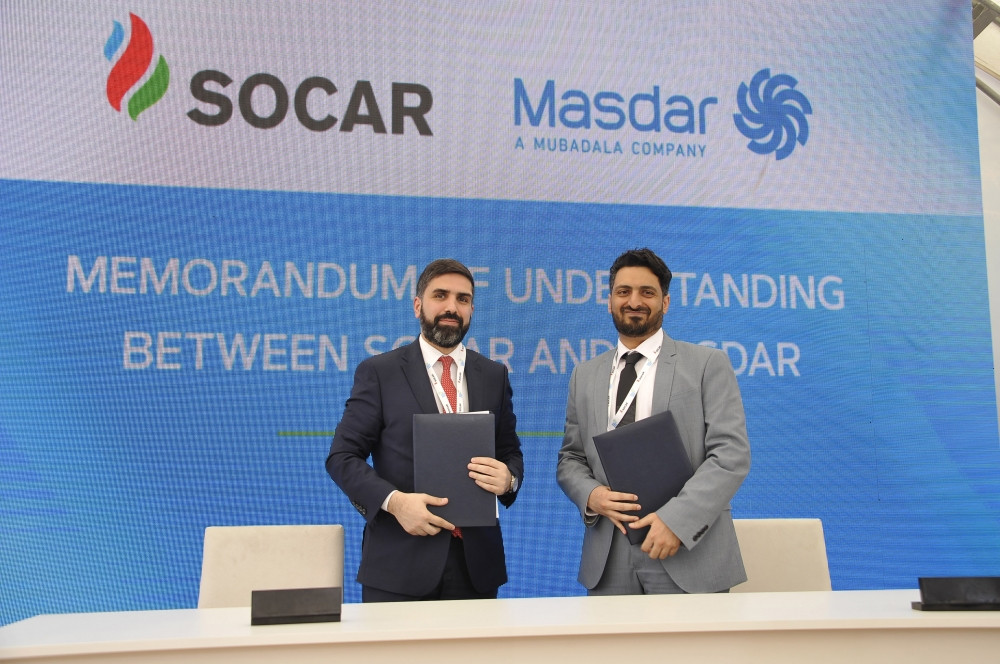