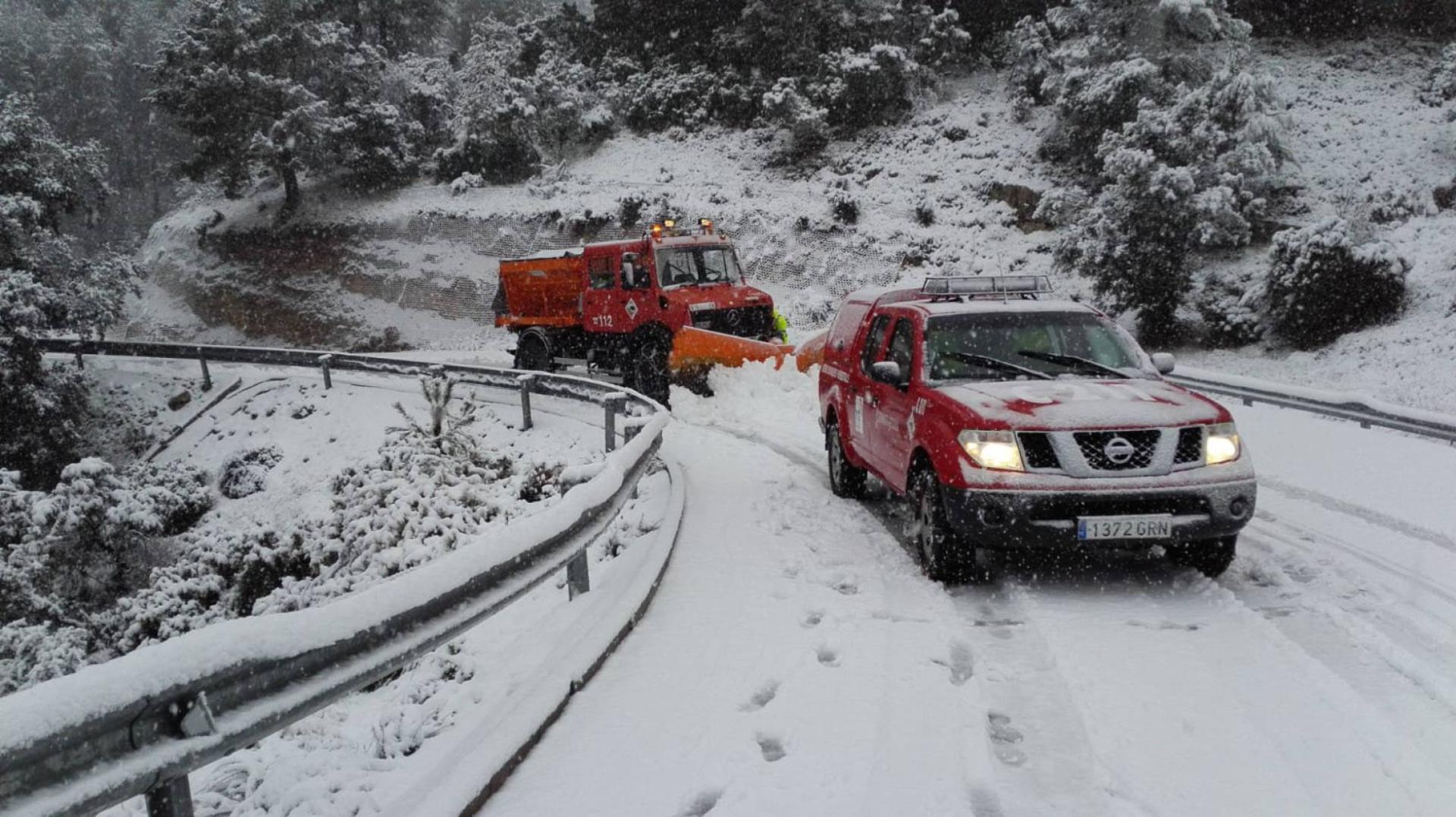 The seven following regions are under a lower-level ‘yellow’ weather warning: Abruzzo, Basilicata, Lazio, Molise, Sardinia, Sicily and Umbria, all affected by storms and gale-force gusts.

Snow has fallen above 700 metres in central regions and Sardinia. The island of Capri has been cut off due to heavy seas.

Floods warning has been issued for the northern regions of Basque Country and Cantabria as heavy rains increased the risk of rivers overflowing their banks. Some have already overflowed. The Nervion, Cadagua and Ason rivers in northern Spain burst out their banks on Monday 29 November, flooding streets in several towns. Other rivers like the Deva are close to exceeding their flow capacity after heavy rains hit northern Spain and snow in the region melted suddenly after the last week snowstorm.

According to local authorities, no dead has been reported but firefighters had to rescue some people who were trapped in their cars.

Amid the persistence of rain and active flooding alert, authorities have asked residents to stay away from flooded area and to park their vehicles in safe places far away from the river banks.