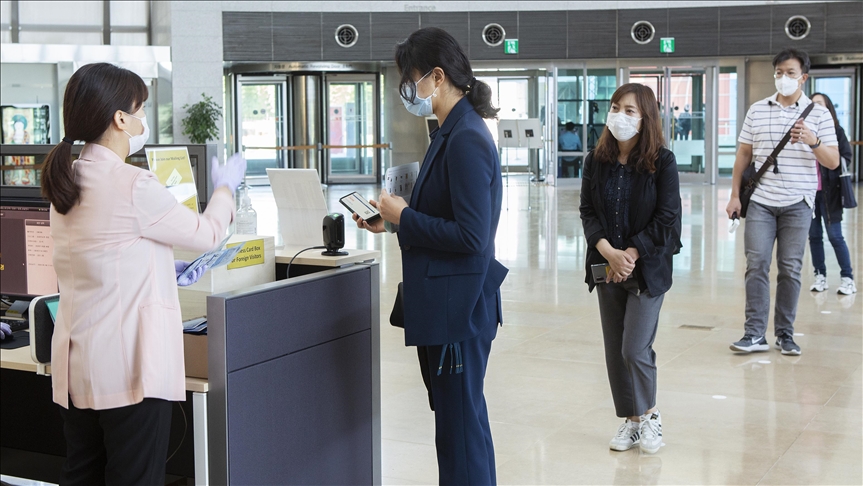 The record 13,012 cases for the previous 24-hour period came just a day after the tally first topped 8,000 despite the extension of tough social distancing rules.

The highly contagious but less-lethal Omicron became the dominant variant in South Korea last week, and the daily numbers could more than double or surge to even higher levels in the coming weeks, health officials warned.

The government introduced a new testing policy in four designated cities on a pilot basis, under which only priority groups take a polymerase chain reaction (PCR) test while others can get a rapid antigen test at a local clinic for faster initial diagnosis.

The programme will be scaled up starting Saturday to enable 256 state-run testing stations nationwide to distribute the rapid antigen self-test kits, Kim said. Another 430 local clinics will be added next week.

As part of efforts to free up resources for serious patients, the government has also cut mandatory isolation for people who have been vaccinated but tested positive to seven days from 10, and expanded self-treatment at home for asymptomatic and mild cases.

Son Young-rae, a health ministry official, said more than 80% of intensive care unit beds are available nationwide, compared with some 20% in early December when record-breaking infections threatened to saturate the country's medical system.

The Omicron surge has fuelled worries about a new wave of infections ahead of the Lunar New Year holiday which begins on Saturday, when tens of millions travel nationwide to meet families.

President Moon Jae-in also met with aides on Wednesday to oversee the government's efforts, calling for moves to prevent any potential shortages of test kits and ensure sufficient consultations with doctors at local clinics.

On Tuesday, some 46 South Korean athletes and coaches who will compete in the Beijing Olympics had to receive a COVID-19 test after attending a ceremony for the delegation where an official at the Korean Sport & Olympic Committee later tested positive.

South Korea, with a population of 52 million, has largely been successful in mitigating COVID, with 762,983 total infections and 6,620 deaths.

More than 95% of adults are fully vaccinated with some 58% having received a booster dose, according to the Korea Disease Control and Prevention Agency.