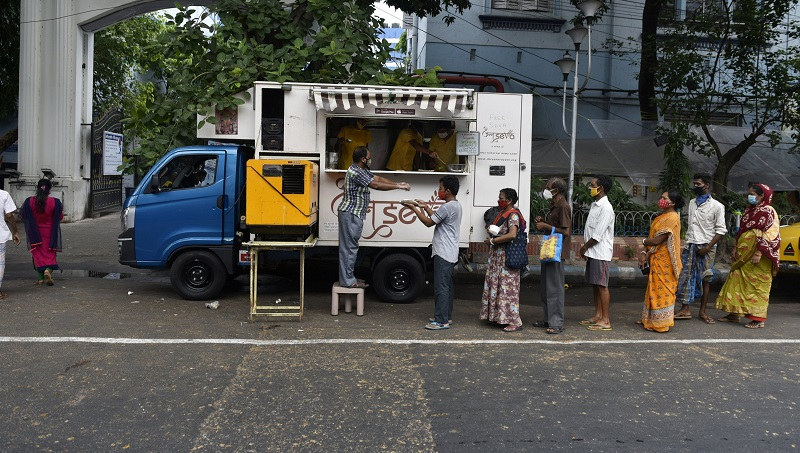 The number of people living in “famine-like conditions” has increased six-fold in 2020 compared to last year, rights group Oxfam said, adding that more people are dying of starvation than the coronavirus, AFP reported.

The coronavirus pandemic has exacerbated existing crises sparked by conflict and climate change – the "three lethal Cs" – according to the group.

"Since the COVID-19 pandemic began, vulnerable communities around the world have been sending a clear, urgent and repeated message: 'Hunger may kill us before coronavirus.' Today, deaths from hunger are outpacing the virus," it said in a statement.

The group identified places including Yemen, the Central African Republic, Afghanistan, South Sudan, Venezuela and Syria as countries where existing food crises had been worsened by the onset of the pandemic and its economic consequences.

"Mass unemployment and severely disrupted food production have led to a 40% rise in global food prices, the largest increase in more than a decade," Oxfam said.

In total, it said over half a million people are living in "famine-like conditions" around the world, while 155 million live with "extreme hunger" – the equivalent of the combined populations of France and Germany.

Of the 155 million, two out of three live in a country with ongoing war or conflict.

"Conflict remained the biggest driver of hunger around the globe for three consecutive years, including during the pandemic," the group said.

"We are currently seeing the superimposition of crises: unceasing conflicts, the economic consequences of COVID-19 and a spiraling climate crisis," said Helene Botreau, agriculture and food security advocacy officer at Oxfam France.

Oxfam's analysis comes ahead of the U.N.’s Food and Agriculture Organization's own report on global food security, due to be published Monday.