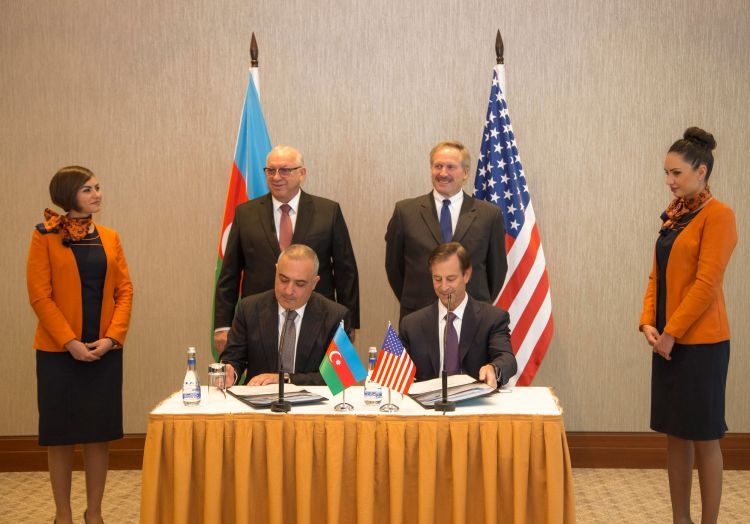 Azerbaijan’s Silk Way Airlines and the U.S. aerospace company Boeing have signed a contract for the purchase of ten passenger aircrafts Boeing-737 MAX.

The document was signed President of Silk Way Holding Zaur Akhundov and Senior Vice President of Boeing company Marty Bentrott in Baku on April 14, according to APA.

The ceremony was attended by the President of Azerbaijan Airlines CJSC (AZAL) Jahangir Askerov and US Extraordinary and Plenipotentiary Ambassador to Azerbaijan Robert Cekuta.

Total cost of the contract is about $1 billion.

Based on preliminary discussions with the Export-Import Bank of the United States (EXIM Bank), the purchase of aircrafts will be financed without state guarantees for the first time in the history of Azerbaijan’s civil aviation.

The agreement on the supply of modern Boeing-737 MAX aircraft to Azerbaijan was reached in the summer of 2016 during the Farnborough International Airshow 2016 in the UK.

The first two aircraft of the newest generation will be delivered to Azerbaijan by the end of 2018, and the rest – until the end of 2020.