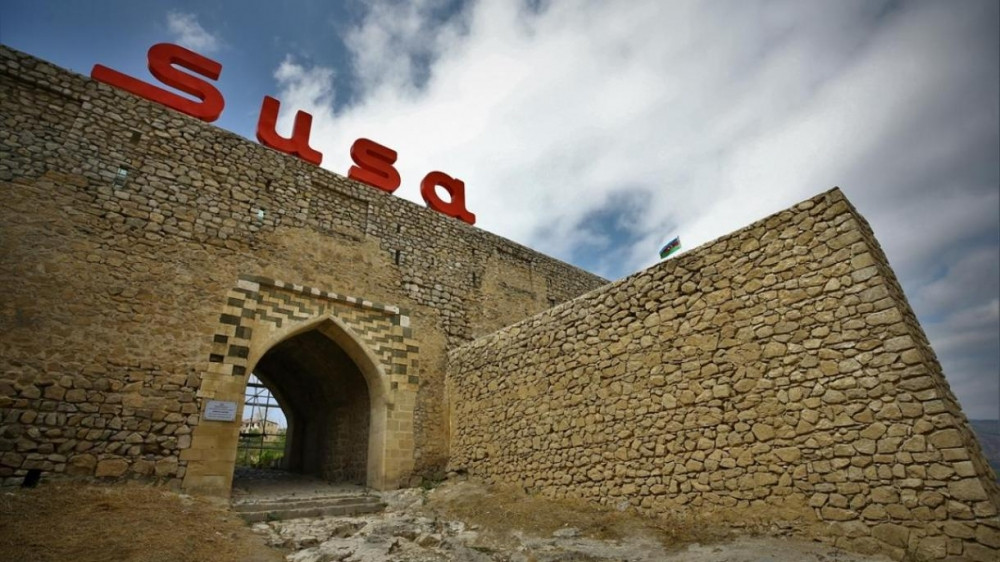 The hashtag #Shusha sits second on the worldwide ranking after the news of the queen's death, News.az reports.

Starting September 8, NGO representatives, admins of pages and channels on social media platforms, bloggers, and other social and political activists, as well as about 40 international travelers from more than 20 countries, have visited Karabakh and Eastern Zangazur, which caused extensive postings in several languages on social networks.

538 information shared on social media in one day was viewed and read by 3.4 million users and reached 7 million users in total. These materials have fallen into the global social media trend as the most shared topics about Azerbaijan and Shusha.

The history, culture, monuments of Shusha, reconstruction and restoration work in Karabakh and Eastern Zangazur in pre-occupation, occupation period, and present period, the dear memory of our martyrs, the strength of our brave army, the unity of the Azerbaijani people, and the successful policy of the victorious Supreme Commander were in the spotlight. 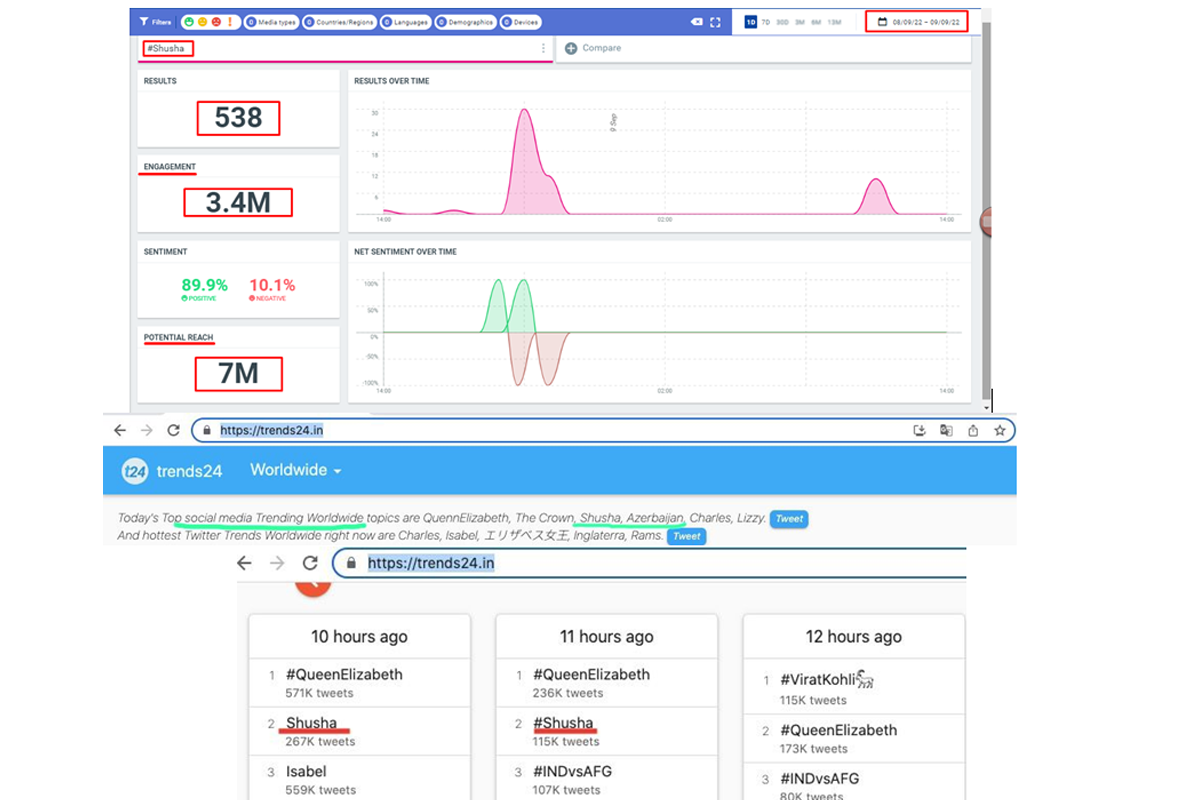