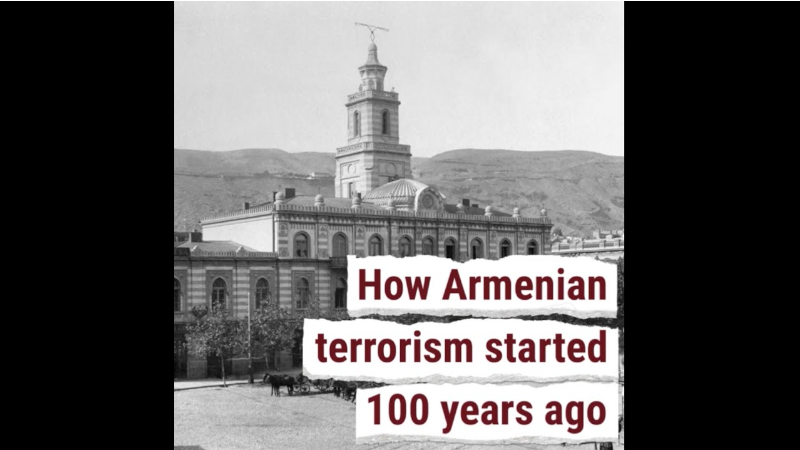 Azerbaijan’s Consulate General has produced a short film dedicated to the 100th anniversary of the murder by Armenians of Fatali Khan Khoyski, one of the founders of the Azerbaijan Democratic Republic (ADR).

The film gave brief information about his biography. “The First Prime Minister of ADR, Fatali Khan Khoyski, was born in 1875 in Shaki to a noble family. Khoyski studied law at the Moscow State University. In 1907, he was elected to State Duma of the Russian Empire.”

“As one of the founding fathers of independent Azerbaijan on May 28, 1918, Khoyski was appointed the Prime Minister of the Azerbaijan Democratic Republic, the first secular democracy in the Muslim world.”

The film also highlighted that Khoyski was credited with many achievements of the first Republic such as the liberation of Baku, the establishment of the National Army, the Baku State University, diplomatic service, reforms in education and health spheres, etc.

When Azerbaijan was invaded by Bolshevik army in April 1920, Khoyski relocated to Tbilisi, launching a Committee for Salvation of Azerbaijan. On 19 June 1920 while walking in Tbilisi’s Yerevan square, Khosyki was assassinated by Armenian terrorist Aram Yerganian, cowardly with a shot in the back.

Armenian Dashnaks continued their terrorist attacks murdering countless people around the world. In 1980s-1990s, many Azerbaijani civilians were killed by Armenian terrorists.

It should be noted that Khoyski’s killer Aram Yerganian is considered a national hero in Armenia today.