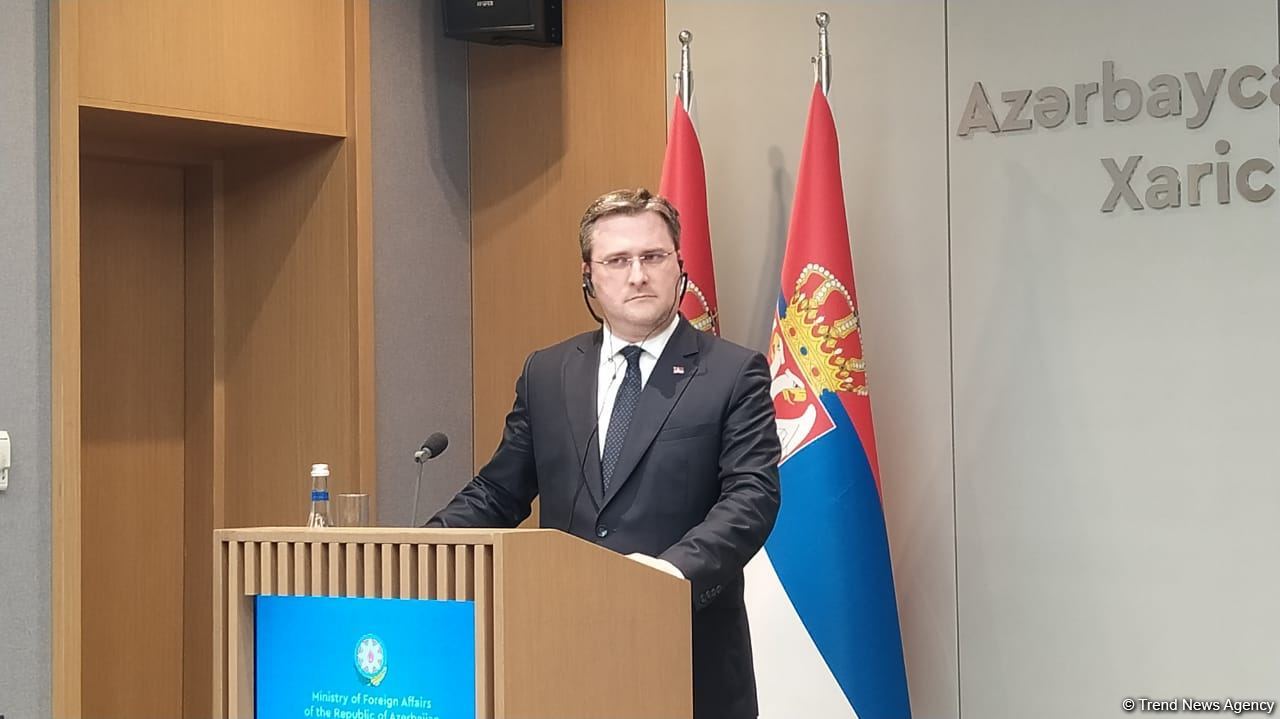 Selakovic made the remarks in Baku during a joint press conference with his Azerbaijani Foreign Minister Jeyhun Bayramov.

He called the talks with the Azerbaijani foreign minister extremely productive.

According to the Serbian FM, Serbia has offered to hold such discussions every year.

“We discussed bilateral cooperation, especially, in the economic sphere. This issue will also be considered at a meeting of the intergovernmental commission on trade and economic cooperation,” Selakovic said.

The minister also noted the good development of cooperation between Azerbaijan and Serbia in the economic sphere.

“Many Azerbaijani companies operate in Serbia, in particular, in the field of industry,” Selakovic said.