Secret flights in reality: Russia, Iran and Kuwait involved in secret arms supplies to Armenians – TOPIC OF THE DAY 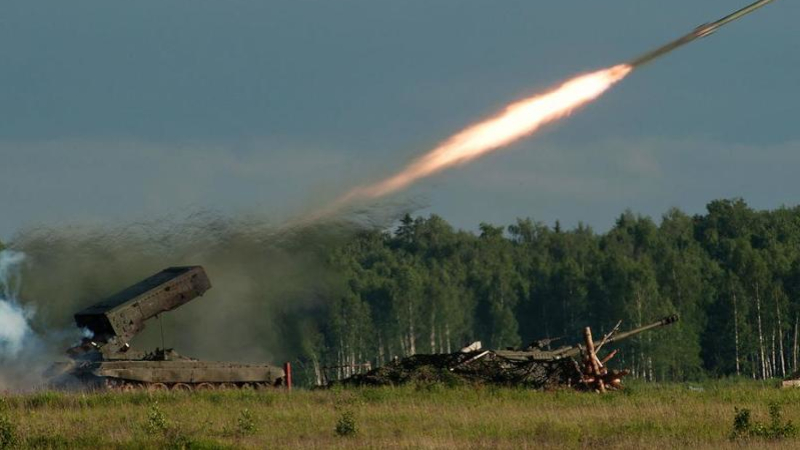 “Russia continues to secretly arm Armenia, ignoring all international rules, agreements and treaties." This proposal, alas, has already become commonplace, the reality of the current situation.

Armenia’s leadership, despite all the bellicose statements, is scared to death of a direct military confrontation with Azerbaijan. The Armenian military is well aware that the military, economic, technical, human potential of the country does not give the slightest chance not only for victory, but even for leveling the situation with Baku in the event of a war.

The Azerbaijani army, supplied with the latest weapons and military equipment, will multiply the Armenian armed forces by zero. After all, not only the Azerbaijani army, but the entire people of Azerbaijan, young and old, are waiting for the order of the Supreme Commander-in-Chief.

Commenting on the latest absurd statements by the Armenian authorities, President Ilham Aliyev said: “Try to recognize the “Nagorno-Karabakh republic!” Just try it! No-one recognizes such a “republic”. Let Armenia, if it has enough courage, recognize the “Nagorno-Karabakh republic”. I am telling the Armenian authorities – recognize it. Recognize it today. If you don’t recognize it, that means you are afraid. Think about it! There will be no negotiations with the criminal regime. Therefore, they should know in advance that this is completely unacceptable. The other conditions are similar to this. By putting forward unacceptable conditions, Armenia actually undermines the process of negotiations and tries to change the format of talks. …because the negotiations are held between Azerbaijan and Armenia.”

The Armenians are now frantically trying to plug the huge holes in their defense lines, as quickly and quickly as possible to master at least a little bit of the necessary military equipment and weapons.

Russia’s secret arms supplies to Yerevan are evidence of this.

Yesterday, an An-30 (tail number RFF7709) cargo plane took off from the Mozdok airdrome, flew to Yerevan, and from there - to Syrian Latakia. Thus, the AN-30 crossed the airspaces of Kazakhstan, Turkmenistan, Iran and Armenia.

And this flight was shrouded in secrecy. The relevant diplomatic permits for the flight from Kazakhstan and Iran were obtained. Turkmenistan did not give such permission.

The An-30, carrying Russian weapons and military equipment, flew secretly, outside international air routes, without contact and without ATC coordination in the zone of Azerbaijan and Turkmenistan.

It should be recalled that on August 15, an Il-76 (tail number RA78847) military transport aircraft of the Russian Air Force made a shuttle flight along the route Mineralnye Vody-Yerevan-Mineralnye Vody. Having flown in the airspaces of Russia, Kazakhstan, Turkmenistan, Iran and Armenia, the aircraft covered 2035 km.

We have not only the flight route, but also other relevant data. So, an Il-76TD aircraft of the Russian Air Force, again with a painted-over fuselage and the flag of Armenia applied there - how, everything should look as if the "cargo plane" of the Armenian Air Force is flying - on August 15, took off from a military airfield in Mineralnye Vody at 06.15 local time. Making flight RFF 8663, the plane headed to Aktau (Kazakhstan), from there to the south, flying over Turkmenistan’s Turkmenbashi, Iran’s Nowshehr and Rasht, entered the airspace of Armenia. Further, the "plane" was visible over the sky of the Armenian Meghri. Finally, the Il-75TD landed at the Zvartnots airport in the capital of Armenia, Yerevan. The local time was 18.36.

The unloading of the aircraft lasted 7 hours and today, at 02.07 o'clock local time, the Il-76 TD flew back. The aircraft landed at the Mineralnye Vody airfield in the morning, 05.37 hours.

The Il-76TD of the Russian Air Force got to Armenia in a roundabout way and returned in the same way. The flight from the Mineralnye Vody to Yerevan would be much faster, more efficient and shorter. Georgia, as before, prohibited the arms shipment through its territory to Armenia, therefore the Russian pilots had to fly a difficult, intricate route. The same routes were previously used to deliver weapons and military equipment to Armenia.

After all, by supplying arms to Armenia, Russia ignores the Treaty on Conventional Armed Forces in Europe (CFE), as well as violates all international agreements, which it has joined. Russia absolutely does not need unnecessary noise. After all, the country is de jure co-chair of the OSCE Minsk Group, which means that the country must strive to de-escalate tension not only in the Nagorno-Karabakh conflict zone, but also on the Azerbaijan-Armenia border.

But that's not all. Alas, not all.

Another Il-76TD aircraft of the Russian Air Force also flew along the Tehran-Yerevan-Al Kuwait-Tehran route. The shuttle flight numbered QFZ 9959, according to our data, was of an exclusively hidden nature, since the plane was packed to overflowing with Russian weapons and military equipment. By ignoring all the relevant international agreements and treaties, Russia is now supplying arms to Kuwait through Yerevan. And from there, by the same route, the locally-made military equipment is delivered.

Russia's "shuttle tactics" are very dangerous: Moscow, under loud statements about "the need to observe the ceasefire", is trying with all its might to achieve at least seeming, illusory, but the appearance of parity in armaments and military equipment between Azerbaijan and Armenia.

Moreover, the latest Russian-made weapons and military equipment, secretly supplied to the Armenians, also aim to increase the preparedness of the Armenian armed forces for possible strikes by Azerbaijani UAVs and combat drones.

Russia is trying in every possible way to hide its arms supplies to the Armenians in order to introduce itself as a “good player” in a bad game.

That is, Moscow should not tarnish the reputation of a wise, strong, powerful and peaceful northern neighbor in any way.

In reality, alas, everything is not so simple.

In recent weeks, there has been an intense traffic of flights on the route Rostov- Mineralnye Vody-Aktau-Turkmenbashi-Novoshehr-Rasht-Meghri-Yerevan and, naturally, back. Moreover, in the days of the military provocation staged by Armenia on the border with Azerbaijan, when the Armenians tried to attack the Tovuz district with heavy mortar and artillery fire, and also after the fighting, 9 flights were carried out from Russia to Armenia.

So, over the past 27 days, more than 510 tons of military cargo have been delivered from Russia to Armenia.

It should also be reminded that during the attack on Azerbaijan’s Tovuz district, Armenia immediately took advantage of the newly acquired weapons and military equipment from Russia, in fact, completely free of charge.

It was after these urgent and secret deliveries for repelling possible strikes and attacks by Azerbaijani UAVs that the Armenians near our borders activated the Krasukha electronic warfare systems, the Avtobaza-M 1L222M passive electronic reconnaissance systems, the mobile radar complex for detecting aerodynamic and ballistic objects at medium and high altitudes 55Zh6M "Sky-M", as well as Russian military GSM repeaters.

But all the efforts and preparations of the Armenians failed. The Azerbaijani army’s UAVs with precise strikes destroyed not only military equipment and artillery installations, mortar crews and batteries of rocket artillery, but also multiplied howitzers, leveled command posts, military warehouses, communication routes and the enemy’s bunkers.

Armenia, in a gross violation of all international laws, and in general, the unwritten rules of states’ behavior, not only shelled the Azerbaijani army’s positions in the direction of Tovuz district, but also targeted civilians, villages and roads.

The Armenian rabble, considering itself an army, tried to seize several villages and, most importantly, the Garadash height in order to control the surrounding territories. They were intending to take control over the heights, destroy all living things and turn houses into ruins.

However, they failed. The Armenians were given a worthy rebuff, and they slipped back into their holes after suffering heavy losses.

Yerevan is still hiding the number of killed and wounded Armenian soldiers not to disgrace itself and cause the dark days for the Armenian leadership, which was four years ago after the four-day April battles.

Moscow constantly declares that it is interested in a stable, peaceful South Caucasus. Both Azerbaijan and Armenia are viewed by Russia, in official terms, as "strategic partners", and in simple terms, as countries in the zone of Russian vital interests. The peaceful settlement of the Nagorno-Karabakh conflict is certainly important for Russia. But given the extreme complexity of this issue, Moscow should in no way be interested in maintaining the status quo.

Moreover, Russia has also signed two international agreements underlining the inadmissibility of the status quo in the Nagorno-Karabakh conflict.

It should be noted that the very fact of the sale of a large consignment of weapons to Armenia by Russia, the co-chair of the OSCE Minsk Group, which is engaged in the settlement of the Nagorno-Karabakh conflict, is a political absurdity.

Honestly, it's not worth it, because Armenian Prime Minister Nikol Pashinyan will inevitably betray Russia. All of his domestic and foreign policy is determined from the outside, by those circles and forces that put this political dwarf [Pashinyan] on the chair of the head of government.

For Pashinyan, Russia is just a convenient feeding trough, a defender in the event of a threat and an aid fund, from where Armenia draws money in the form of soft loans and material and financial support. The Armenians will not return the received money, and they do not intend to do such "stupidity".

Apparently, after a while, Russia will have to come to terms with the loss of an outpost in the South Caucasus, lament over the "dastardly betrayal of an ally.

Armenia will eventually betray Russia, do not hesitate.

This will take place even if IL-76 TD planes fly every day, carrying weapons to the impoverished, hopeless and aggressive Armenia, ruled by an illiterate, extravagant idiot who does not know any moral principles.

As for the secret flights of the cargo planes of the Russian Air Force to the capitals of Iran and Kuwait, we think that the heads of the diplomatic missions of these countries, tirelessly declaring "indestructible Islamic solidarity with brotherly Azerbaijan," should answer to the Azerbaijani Foreign Ministry.

There are many options for secret arms shipments: apart from Russia’s secret arms supplies to Armenia, this country, by ignoring international treaties, restrictions and sanctions, is sending weapons and military equipment to Kuwait and Syria.

In any case, all options require careful study.

Elchin Alyoglu is the deputy editor-in-chief of Milli.Az news portal.

The analytical material was published by Day.Az in Russian.

© Content from this site must be hyperlinked when used.