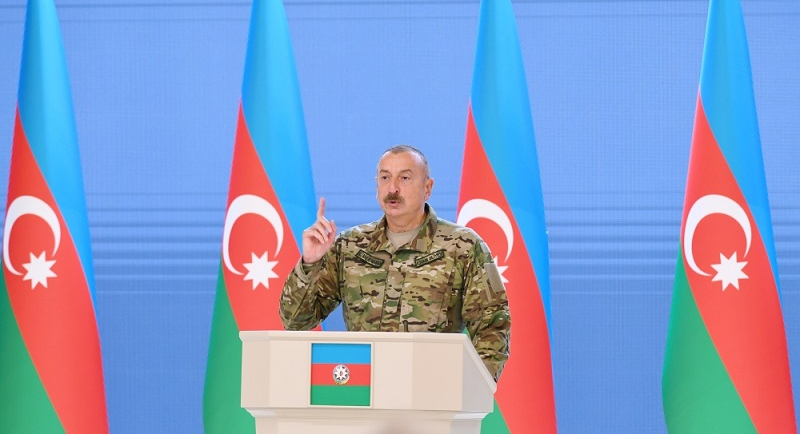 “This was another manifestation of injustice against Azerbaijan. We were fighting on our own land and restoring our territorial integrity. Ours was the cause of justice. Nevertheless, pro-Armenian circles and countries tried to adopt a resolution against us that would not fully reflect the reality,” the head of state said.

“Who defended us? The Non-Aligned Movement countries represented in the UN Security Council did! They defended us and we are grateful to them. As a result of their efforts, the anti-Azerbaijani statement was not adopted. How did we achieve this? Of course, at the expense of diplomacy, political relations and economic opportunities. We have helped so many countries in recent years and continue to do so. Of course, this will always be remembered by those countries. We witnessed this support just when we needed it, and it helped us,” he added.

President Aliyev stressed that along with preparations at the international level, there were also preparations in the economic sphere.

“Of course, there was wide ranging military preparation as well. The provision of our army with weapons – we achieved this – and the second Karabakh war showed our capabilities to the whole world. I am told that some leading Western media are suggesting today that even if we had faced the world's leading country in the war, they would not have had a chance against us. In other words, this shows that the Azerbaijani Army today is one of the strongest armies in the world,” the Commander-in-Chief added.