Samsung heir sentenced to 2.5 years in prison for corruption 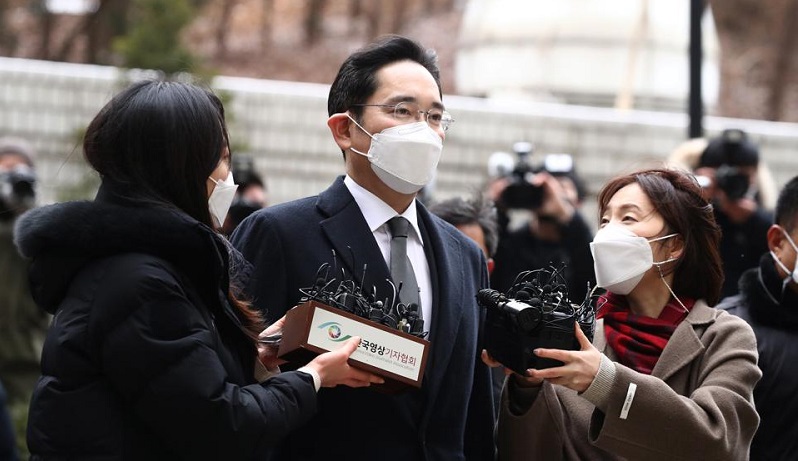 The Seoul High Court sentenced Lee, an heir apparent of South Korea's biggest family-run conglomerate Samsung Group, to two and a half years in prison for corruption charges, including bribery.

With a suspended prison sentence, he was released from jail in February 2018 after serving about one year behind bars, but the Supreme Court returned the case to the high court calling for harsh punishment.

Two more former Samsung executives were imprisoned for two and a half years on similar charges.

Lee was charged with offering tens of millions of U.S. dollars in bribes to former South Korean President Park Geun-hye in return for the assistance to his management succession.

The court said in a ruling that Lee "actively" provided a bribe to former President Park to ask a presidential power to be exercised for his management transfer.

The merger helped Lee strengthen his management control over the entire conglomerate.

The top court upheld a 20-year prison sentence on Park last week for the corruption that led to the impeachment of the former head of state.