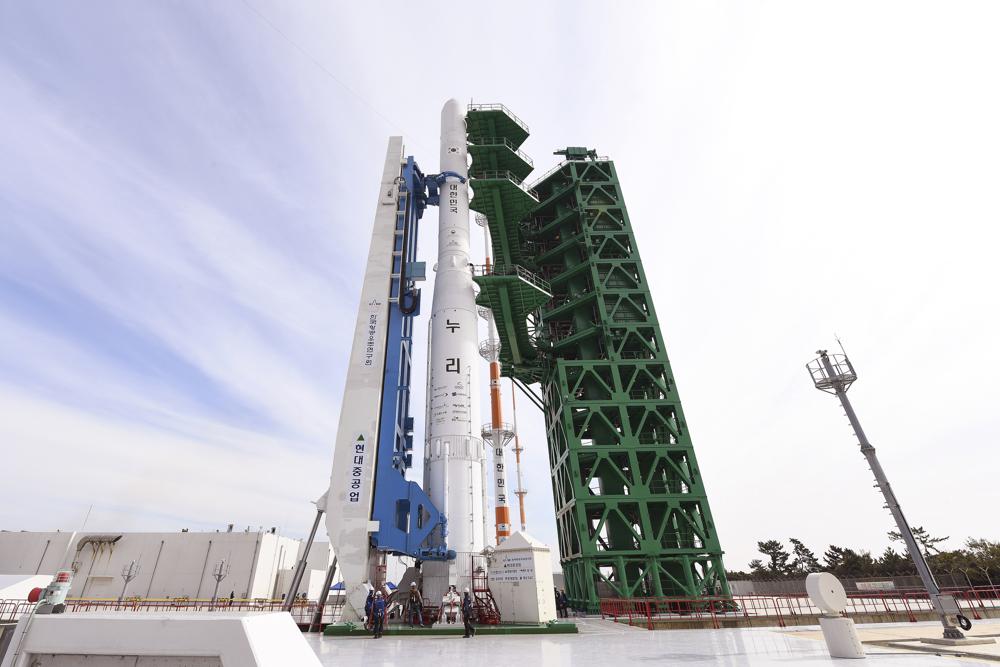 South Korea was preparing to test-launch its first domestically produced space rocket Thursday in what officials describe as an important step in its pursuit of a satellite launch program, News.Az reports citing AP.

If weather and other conditions prevail, the three-stage Nuri rocket was expected to be launched at around 5 p.m. (0800 GMT) with an aim to deliver a dummy payload — a 1.5-ton block of stainless steel and aluminum — into orbit 600 to 800 kilometers (372 to 497 miles) above Earth.

The launch was initially scheduled an hour earlier but was delayed because engineers needed more time to examine some valves inside the rocket, South Korean Vice Science Minister Yong Hong-taek told reporters. He said no problems were immediately found but the launch could still be moved depending on wind and other conditions at the planned time for blastoff.

Engineers had completed erecting the 47-meter (154 foot) rocket Wednesday night on a launch pad at the Naro Space Center, the country’s lone spaceport, on a small island off its southern coast.

After relying on other countries to launch its satellites since the early 1990s, South Korea is now trying to become the 10th nation to send a satellite into space with its own technology.

Officials say such an ability would be crucial for the country’s space ambitions, which include plans for sending more advanced communications satellites and acquiring its own military intelligence satellites. The country is also hoping to send a probe to the moon by 2030.