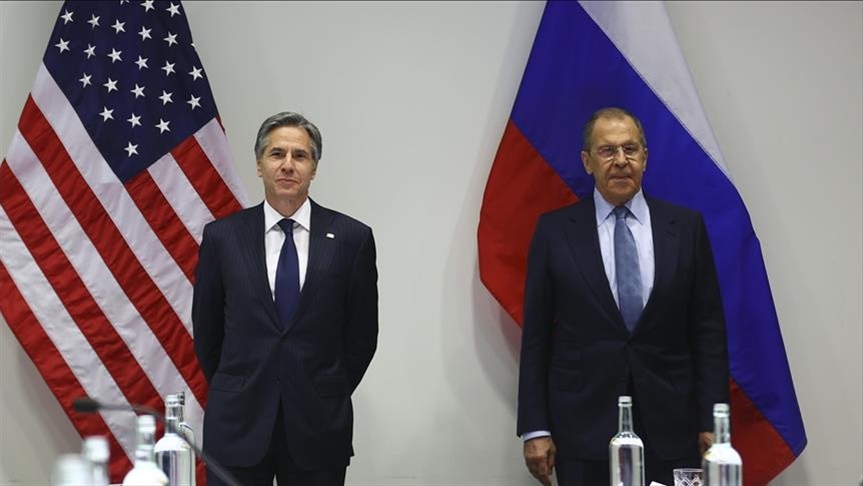 Russian Foreign Minister Sergey Lavrov and US Secretary of State Antony Blinken will hold a bilateral meeting on the sidelines of the upcoming session of the Organization for Security and Cooperation in Europe (OSCE) Ministerial Council, Russian Foreign Ministry Spokeswoman Maria Zakharova said at a briefing on Wednesday, News.Az reports citing TASS.

"During the OSCE Ministerial Council session, the Russian top diplomat is scheduled to hold bilateral meetings with the European Union’s high representative for foreign affairs and security policy, the OSCE chairperson-in-office, the OSCE secretary general and the US secretary of state, as well as with the foreign ministers of Austria, the United Kingdom, Hungary, Serbia, Spain and Turkey. Several other meetings are under consideration," Zakharova said.

Kremlin Spokesman Dmitry Peskov said earlier that Lavrov and Blinken could discuss preparations for contacts between Presidents Vladimir Putin of Russia and Joe Biden of the United States on the sidelines of the OSCE ministerial meeting. Peskov noted that work was underway to organize such a meeting. According to him, the meeting is most likely to be held via video conference. The Kremlin also believes that contacts may take place before the end of the year though no date has been set yet.