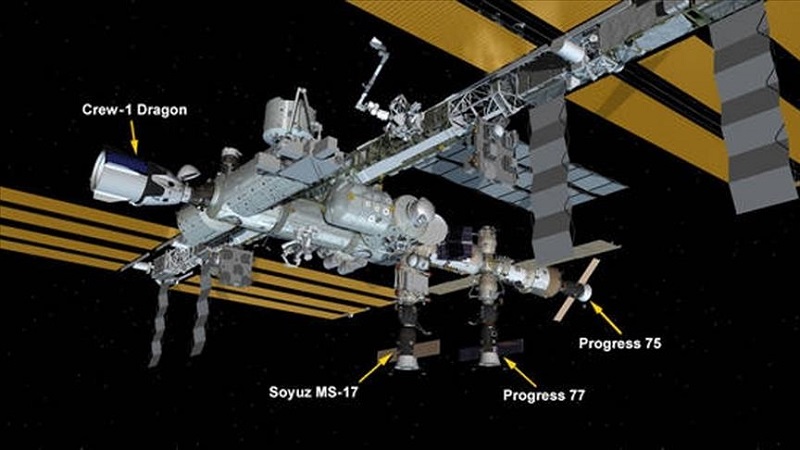 The docking was performed using a remote control mode instead of planned automatic mode due to cargo's deviation from the berthing axis, Roscosmos said in a statement.

The cargo delivered to the station included 600 kilograms (1,323 pounds) of resupply propellant, 420 liters of potable water of the Rodnik system, 40.5 kilograms (89 pounds) of compressed gases with additional nitrogen reserves, as well as about 1,400 kg (3,086 pounds) of various equipment and materials for space experiments, clothes and fresh food for the crew members.

The unmanned cargo spacecraft also shipped a repair kit to temporarily seal a crack aboard the ISS and a gear for a detailed study of air leaks.