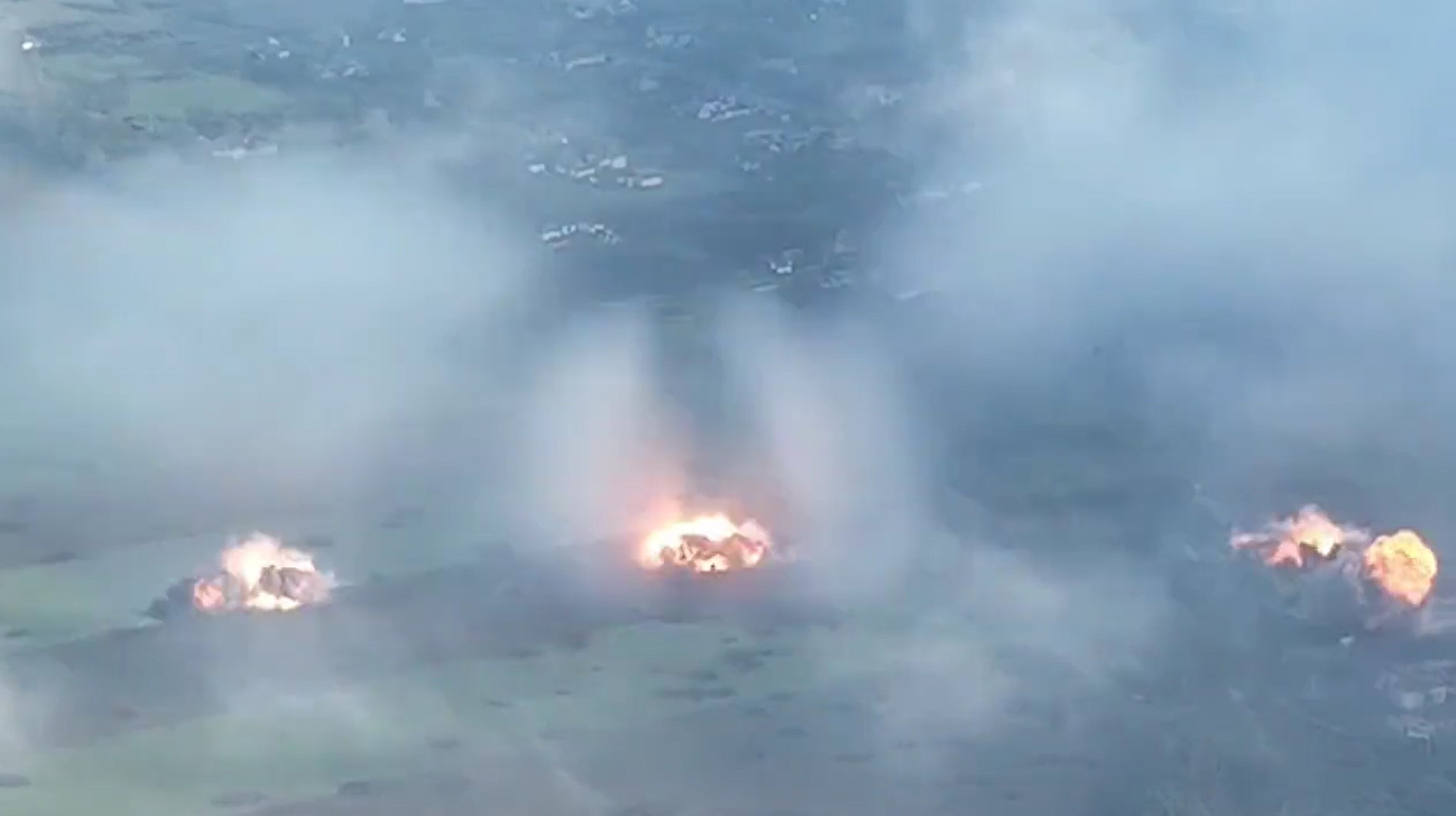 Russian forces are applying a wide array of weapons across several fronts in eastern Ukraine as they try to break down stubborn Ukrainian defenses, which are outnumbered and outgunned, according to Ukrainian officials, News.az reports citing UNIAN.

Several of those officials describe the situation as "very difficult" and admit Ukrainian units may have to fall back in some places.

The National Police of Ukraine said that civilians were killed in attacks on 13 settlements in Donetsk, with several towns not previously targeted suffering damage. Russian forces seem to be broadening the number of towns they are shelling as they try to destroy Ukrainian defenses and supply lines.

Their chief objective appears to be taking Sloviansk, which has seen an increase in shelling in recent days. Mayor Vadym Liakh said half the city is now without water, and there will be "no gas supply until the heating season."

A growing number of Ukrainian officials describe the military situation in dire terms, although Russian advances on the ground have been modest.

Fedir Venislavskyi, a member of Ukraine's parliament who is on the National Security Committee, described the situation as "difficult."