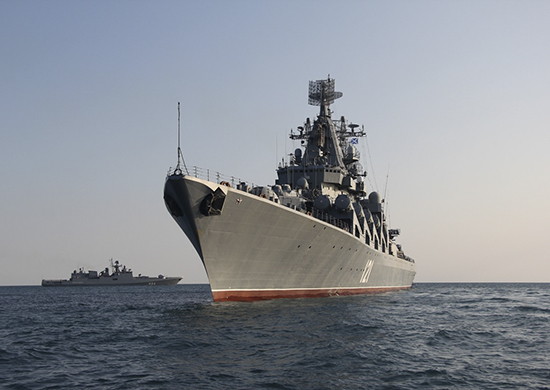 The Russian Ministry of Defense has confirmed this fact.

"During the towing of the cruiser Moskva to the port of destination, the ship lost its stability due to hull damage received during a fire from the detonation of ammunition. In the conditions of stormy seas, the ship sank," the statement said according to TASS.

Conflicting accounts have emerged about an incident involving the warship in the Black Sea on Wednesday.

Russia said a fire broke out on the guided-missile cruiser, causing munitions aboard to explode, inflicting serious damage to the vessel, and forcing the crew of the warship to be evacuated. Ukraine says it hit the Moskva with anti-ship missiles and later claimed that she had been sunk.