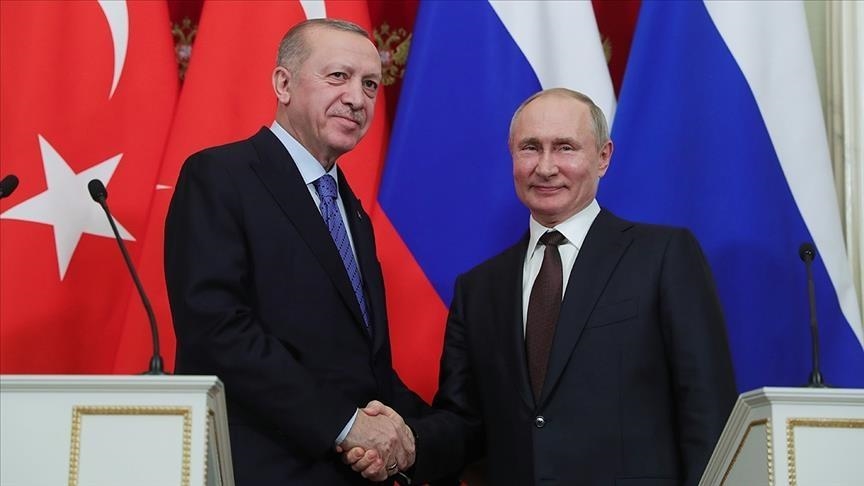 Russia and Turkey have different views on a number of issues but this does not prevent them from discussing controversies in a friendly manner, Sergey Lavrov said in a report to the members of the Russian upper chamber of parliament – the Council of Federation – in Moscow.

Relations between the leaders of Russia and Turkey, between the foreign ministers, and between other members of the governments are very positive, he said, adding that despite a number of differences on important international issues, talks about these differences and how to deal with them more effectively always take place in a friendly, frank, and mutually respectful manner.

Turkey has "a special position" on the Ukrainian conflict – enjoying good relations with both countries – as partly expressed by President Recep Tayyip Erdogan, who this week suggested serving as a mediator between Moscow and Kyiv, said Lavrov.

"A telephone conversation between our leaders is planned. I think these (Ukrainian) issues will also be discussed," he said.

Lavrov also called on the West and NATO to abandon what he called the "destructive approach" of military support for Ukraine – delivering arms and sending military instructors to the country – stressing that such actions only lead to further escalation.

Finding mutually acceptable agreements is only possible through compromising, but the Western partners seem to be losing their ability for constructive dialogue, which makes the task of finding common ground almost impossible.

Earlier, Foreign Ministry spokeswoman Maria Zakharova announced that Lavrov will meet with, among others, EU foreign policy chief Josep Borrell and US Secretary of State Antony Blinken on the sidelines of the ministerial meeting of the Organization for Security and Cooperation in Europe (OSCE) in Stockholm, Sweden, which starts Friday.