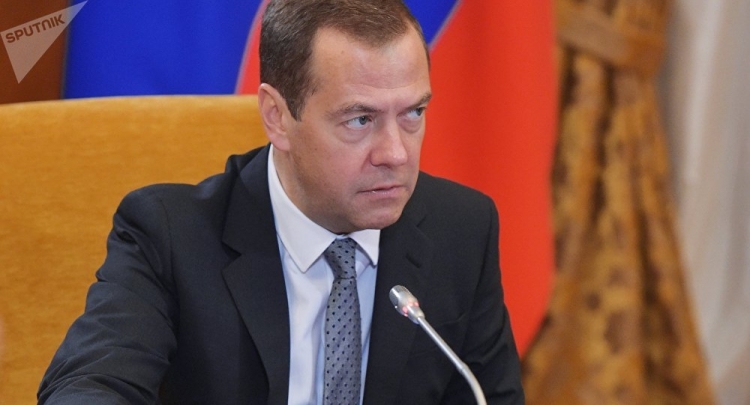 Russian Prime Minister Dmitry Medvedev said on Wednesday that the United States declared a full-fledged trade war by introducing new anti-Russia sanctions, adding that there is no chance that the relations between the two states will improve, Sputniknews reports.

"The signing by the US President of a new sanctions law against Russia creates several consequences: firstly, the hope of improving our relations with the new US administration is the dead. Secondly, US declared a fully-fledged trade war on Russia. Thirdly, the Trump administration demonstrated complete impotence by humiliatingly transferring executive powers to the Congress, which changes the balance of power in US political circles," Medvedev wrote in his Facebook blogю

Medvedev predicted that the sanctions will be in force for decades to come, causing tensions between Moscow and Washington.

The prime minister stressed that Trump has been completely overplayed by the US establishment, predicting that the US president will be ousted.

President Donald Trump has signed a bill to slap new sanctions on Russia, Iran and North Korea on Wednesday morning. He signed the bill on Wednesday morning, without holding an official signing ceremony as he has done with other major pieces of legislation, according to media reports.