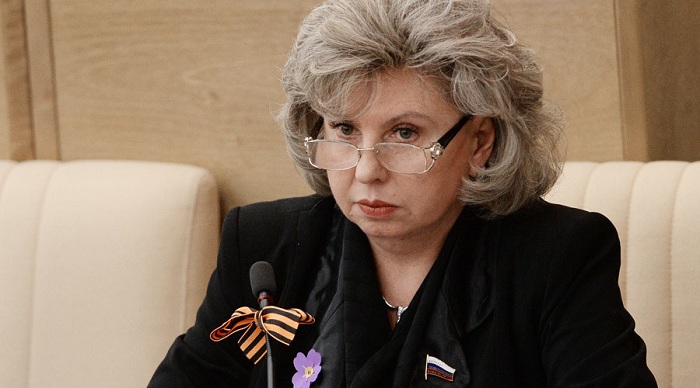 Alexander Lapshin is a citizen of several countries and has had a criminal conspiracy with Armenians living in the occupied Azerbaijani territories.

Russia's Commissioner for Human Rights (Ombudsperson) Tatyana Moskalkova has said in a statement to RIA Novosti that she will ask her Azerbaijani counterpart Elmiar Suleymanova to meet imprisoned Russian blogger Alexander Lapshin in order to check his detention conditions, according to Azvision.

She noted that journalists who work in high-risk zones deserve special attention and respect as professional people.

“I made a statement concerning Alexander Lapshin, who was extradited from Belarus to Azerbaijan. I will ask my Azerbaijani counterpart to visit him in order to learn whether or not he’s in need of medical assistance or has any complaints about the detention conditions,” she said.

On Jan. 17, Alexei Stuk, deputy prosecutor general of Belarus, issued a ruling on Lapshin’s extradition to Azerbaijan. Lapshin was extradited to Azerbaijan on Feb. 7.

Lapshin, who holds Russian, Israeli, and Ukrainian citizenship, paid illegal visits to the occupied Azerbaijani territories in April 2011 and in October 2012, violating Azerbaijan’s laws on the state border and passports. He made statements against Azerbaijan’s territorial integrity.

The Azerbaijani Prosecutor General’s Office has opened a criminal case against him on articles 281.2 (public appeals directed against the state) and 318.2 (illegal crossing border of the Azerbaijan Republic), and issued an international arrest warrant for him.