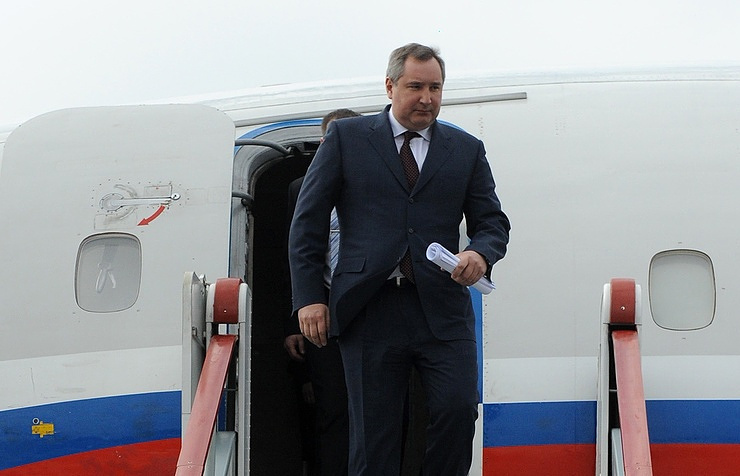 Romanian authorities have refused permission to a civilian plane carrying a Russian delegation to Moldova for talks with President Igor Dodon.

Russia’s Deputy Prime Minister Dmitry Rogozin has described the Romanian authorities’ decision to refuse permission to a civilian plane carrying a Russian delegation to Moldova for talks with President Igor Dodon as a "demarche addressed to the Moldovan president."

Rogozin told TASS that "on Friday morning Dodon had discussed all details of the visit with Russia’s ambassador Farit Mukhametshin."

"As a matter of fact, it was a demarche addressed to the Moldovan president," Rogozin said.

He was to visit Chisinau for talks at Moldovan President Igor Dodon’s personal invitation. The next day he was to go to Bendery for special ceremonies on the occasion of the 25th anniversary of the peacemaking operation in the Dniester area. Romania’s authorities denied permission to Rogozin’s plane to cross the country’s airspace. Hungary, too, denied transit through its airspace and a stopover in Budapest.

Earlier, Rogozin’s scheduled visit triggered row in Chisinau. The Ministry of Foreign Affairs and European Integration notified Russian Ambassador Farit Mukhametshin that holding events on the occasion of the peacekeeping operation’s anniversary "unilaterally would be not expedient." The Moldovan Foreign Ministry recalled the government’s official stance in favor of replacing Russian peacekeepers with an international mission of civilian observers. Moldova’s Prime Minister Pavel Filip, of the Democratic Party, which formed the ruling pro-European coalition, welcomed Rogozin’s visit but at the same time remarked that his arrival on board a military plane was impossible. He was speaking in the wake of media reports the Russian delegation was going to travel to Moldova using the Russian Defense Ministry’s military transport planes. Although Rogozin dismissed the rumor as "nonsense," a group of Moldovan activists urged the authorities to declare Rogozin persona non grata and published an on-line message in support of that initiative.